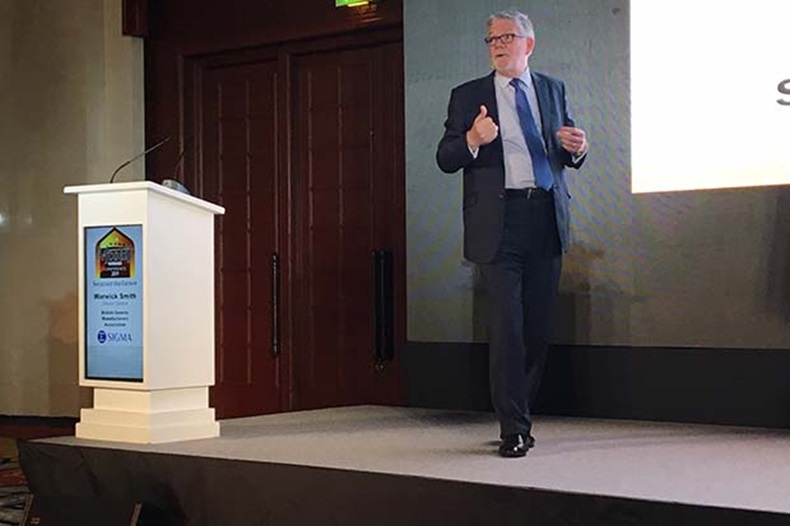 Warwick Smith: Some patient information might not be available in a community pharmacy

The British Generics Manufacturers Association (BGMA) is “slightly uncomfortable” with powers to allow pharmacists to dispense alternatives in times of shortages, it has told C+D.

The Human Medicines (Amendment) Regulations 2019 order – which came into force on February 9 – includes provisions to allow pharmacists to dispense an alternative in accordance with a “serious shortage protocol” announced by the government – rather than the prescription and without contacting the GP – in the event of a national medicines shortage.

But BGMA director Warwick Smith said last month that his organisation is “slightly uncomfortable about the prescriber being overruled, without having any knowledge”.

“You would hope that the prescriber would have taken into account a number of details that could be specific to the patient, and frankly, [this information] might not be readily available or apparent” in a community pharmacy, Mr Smith told C+D after his presentation at the Sigma conference in Muscat, Oman.

“You need to be very careful in applying generally [legislation] that is brought in to cope with emergencies,” he added.

His comments follow the British Medical Association's claim that it is “not appropriate” to allow pharmacists to dispense an alternative without contacting a prescriber.

Pharmacy minister Steve Brine assured sceptics last month that the government is creating a “national, clinically chaired group” with “national oversight at senior doctor level” to advise ministers on when pharmacists should supply an alternative.

Not-for-profit organisation The Good Law Project sought permission last week (February 25) from the High Court to launch legal proceedings against the Department of Health and Social Care for pushing through the emergency shortages powers “without proper consultation with patient and clinical groups”.

What medicines are you struggling to get hold of in your pharmacy?

How the serious shortages protocol will work, regardless of Brexit