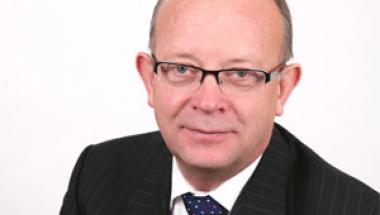 Board set up to change the law remains “determined despite difficulties”

The programme board set up to review medicines legislation has said it is “open” about the fact that the decriminalisation of dispensing errors is taking “much longer than anticipated”.

The board was originally due to launch a consultation on the proposed changes to the law in January 2014, but said it was still having “broad and in-depth discussions” about the potential “legal framework” in its most recent meeting on November 25.

Board chair Ken Jarrold said he was “very pleased at how unified and determined the board continues to be to see this work through, despite the difficulties encountered”. “I’m clear that the most important things in life aren’t usually easy or quick to achieve,” he said on Thursday (December 4).

Parliamentary lawyers have already approved draft legislation on both decriminalisation and the General Pharmaceutical Council's premises standards, and Mr Jarrold said an “immense amount of work” had been done in recent months to gain the necessary government clearances.

It was “extremely positive” to see how much “work and consideration” had gone into progressing all aspects of the “important” rebalancing programme, Mr Jarrold stressed.

The Department of Health could not provide a timeframe for the consultation and told C+D today (December 9) that it would be launched “in due course”.

Last year, Mr Jarrold told C+D the board had made dispensing errors a fast-track issue and hoped to pass legislation to decriminalise them by the end of 2014. But there was still "a huge amount of detailed work" to do before a consultation on the draft changes to the law was made available, he said at the time.

Dispensing errors due to be decriminalised next year