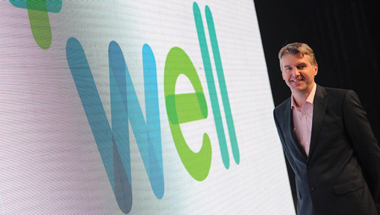 The Co-operative Pharmacy will operate under the name Well as part of a £200 million investment in the chain, says new owner

The rebrand "kickstarted" a five-year expansion strategy in which £200 million would be invested in the business, said Bestway, which bought the pharmacy chain for £620 million in October.

The planned annual investment of £40m over the next five years would fund a recruitment drive of "hundreds of employees across all areas of the UK", Bestway said. The company also reaffirmed its plans to expand its portfolio of pharmacies, and revealed that it would use its investment to "renovate and relocate" existing branches and establish a wholesale pharmacy business.

Bestway predicted that rising population size and life expectancy would allow it to increase customer numbers and raise revenue from £750m to £1bn over the next four years.

It would also invest £1.6m into establishing a Manchester headquarters for Well later this year, it added. This will involve relocating 227 of its head office workers across the city from the Co-operative Group's offices in One Angel Square to the Merchants Warehouse building in the Castlefield district.

“It will enable the business to provide personalised healthcare and deliver an excellent patient experience, improving health and reducing inequalities in local communities,” Mr Nuttall said.

He told C+D that the first Well stores would go live in the middle of March and the rebranding programme would be complete by the end of September.

Bestway CEO Zameer Choudrey said the company was confident in the new branding and “had no doubt that it has a bright future ahead”.

"We are very pleased to begin rolling out the next chapter of this fantastic business's story. We have pledged... to grow the business and make sure Well continues to serve its customers and local communities to the high standard the business has always delivered," he added.

What do you think of the Co-operative Pharmacy's new brand?

What do you think about the takeover?

Behind the Bestway deal