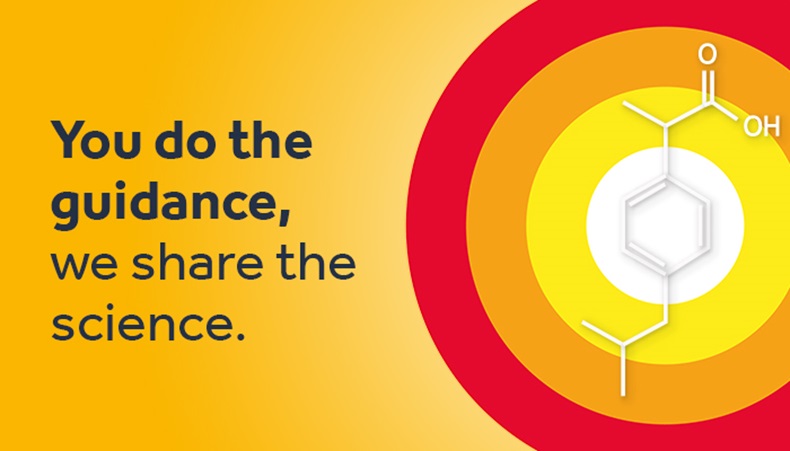 A survey revealed that 65% of UK pharmacists believe that paracetamol has a better safety profile than ibuprofen at OTC doses.1

Concerns about OTC ibuprofen could come from some of the guidance seen for prescription doses of the drug, and an assumption that the same applies at OTC levels, but is this caution supported by the evidence? 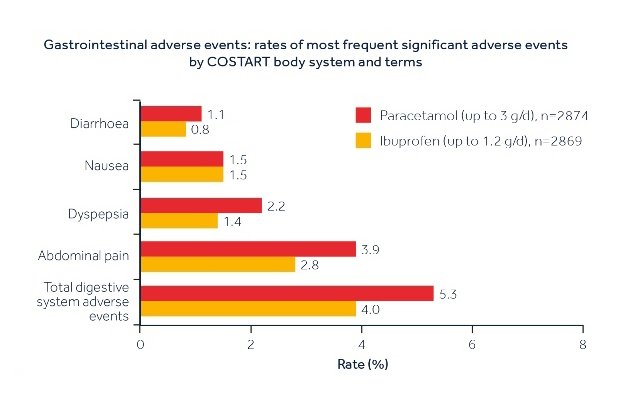 There are some special warnings and contraindications regarding GI safety of ibuprofen (including those with pre-existing GI conditions – please see SPCs for full details).

*Based on the evaluable patient number.

At OTC doses, the incidence of GI AEs in both adults and children receiving ibuprofen has been shown to be similar to that of paracetamol.2,3 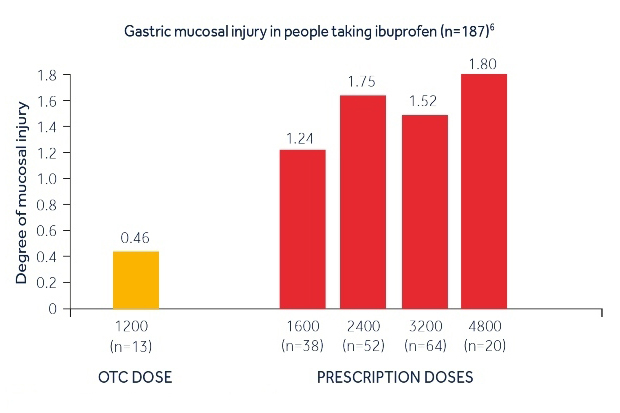 What is the safety profile of ibuprofen?

You can inform patients by explaining some of the facts around ibuprofen safety:

FACT: An endoscopy study showed that the degree of mucosal damage seen with ibuprofen is generally dose-dependent, with little or no mucosal injury seen with 1200mg/day.3

FACT: There is no evidence that food has a gastroprotective benefit when taking OTC ibuprofen.7 Food may delay NSAID absorption.7,8 In suitable patients, it may be more appropriate to take NSAIDs when fasting.7-9 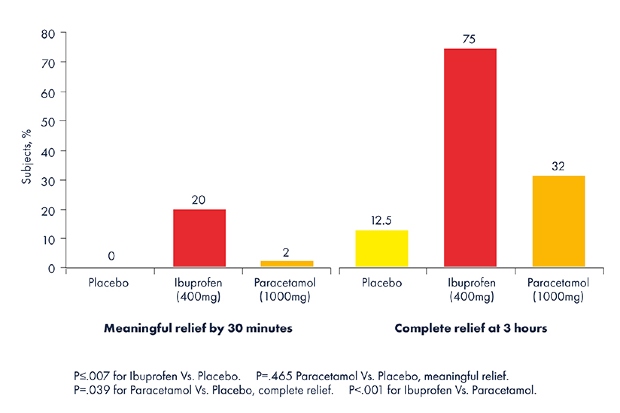 To explore the evidence on ibuprofen safety and efficacy in more detail, please visit rbupdates.co.uk/ibuprofen