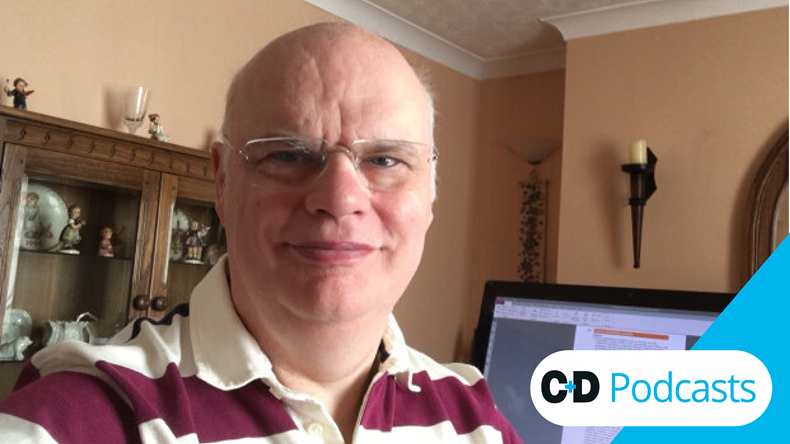 In the latest episode of a new podcast series, which explores the interesting hobbies pharmacists get up to in their spare time, Northamptonshire pharmacist Graham Brack speaks to C+D about his passion for crime fiction.

“Crime fascinates me because it’s about right and wrong, but also because it’s a puzzle,” Mr Brack tells the podcast. “I like puzzles; I always have done. There’s a certain amount of pitting your wits against the author, to see if you can get to the solution before his detective does.

“I want to have a little game with the readers, and if they get there before my detective does that’s just fine, because that just proves that I gave them the right information and they were able to do the job.

“It would be a very sad thing if my detective always won, because that would mean I’d been holding stuff back.”

While Mr Brack’s first series, the Josef Slonsky series, is set in 2006 in the Czech Republic – “it’s not historical [but] it’s not quite present day,” he says – his latest series, the Master Mercurius Mysteries, follows a university professor in the 17th century Dutch Republic – “back in the days of Rembrandt, Vermeer, that sort of era”. With ecclesiastical overtones, it epitomises the sort of crime novel Mr Brack is aiming for.

“Questions of good and evil are what I’m trying to specialise in,” he says. “I’m trying to sort out what is right, what is fair, what is justice? [Do] law and justice always arrive at the same place?”

Asked if that moral debate permeated into his work as a (now semi-retired) pharmacist, Mr Brack comments: “Yes I think it does. I think there are times when you’re a pharmacist and you think: ‘I’m not sure that I’m comfortable with what I’m being asked to do here’.

“It might be, for example, the mother who comes in with the daughter of sixteen or seventeen and wants to stay while you have a consultation with them, and you have to say quite politely: ‘I’m very happy for you to stay if your daughter is happy, but the default is you don’t stay. I talk to your daughter because she’s the patient.’”

Mr Brack explains that he is not an avid fiction reader, save for crime fiction. “I suppose if I was ever going to write any kind of fiction, that was where I was going to go,” he says.

He started out by submitting stories to the annual Crime Writers' Association Debut Dagger competition for unpublished authors, and was shortlisted in 2011, 2014 and 2016.

Despite his love for the genre, the sorts of authors he reads, he explains, are “strangely enough, ones I can’t emulate”. He points to Philip Kerr, who wrote the Bernie Gunther novels; “great novels, but I couldn’t write that kind of hard-boiled, really tough detective.

“I tend to write funnier things, so my detectives are quirky and a little bit eccentric, and they are sometimes the unintentional butt of humour, because that’s endearing in a way.”

For those who want to get into writing novels, or who have an idea they want to take further, Mr Brack suggests competitions such as the one he entered when he was starting out. But he also cautions: “You’ve got nothing until you’ve got the end. Nobody wants to read two thirds of a novel, or three quarters of a novel – you have to finish it.

“But just keep going until you get it right.”

Listen to the full podcast below

You can listen to the podcast above. Alternatively, follow C+D's podcasts by searching “Chemist+Druggist podcast” on your preferred app or on Soundcloud.

Podcast – Pharmacists after Hours Ep.1: Why I took up microlighting