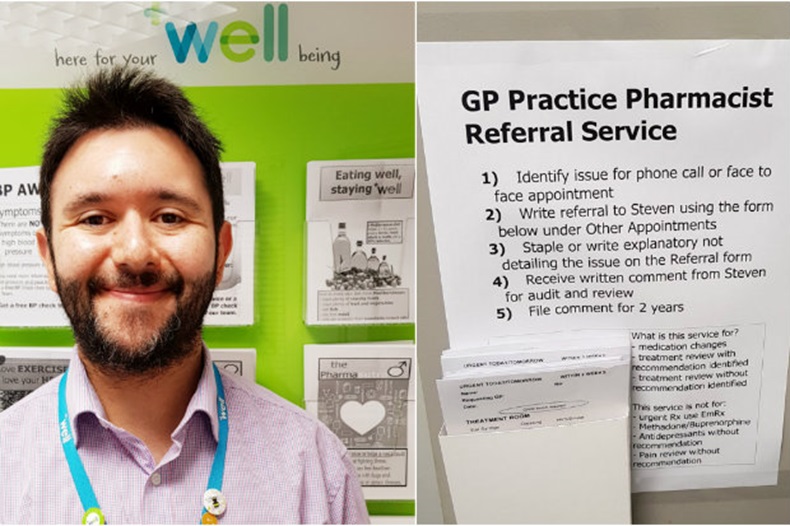 Sadik Al-Hassan is pharmacy manager at the Well branch in Kingswood, Bristol

A Well Pharmacy in Bristol has launched a pilot to refer patients directly to a nearby practice pharmacist.

Under the scheme – which launched earlier this month (May 7) – certain patients identified and triaged at the Well branch in Kingswood, Bristol are sent “straight to the GP practice pharmacist” at the adjoining Lodgeside surgery, according to pharmacy manager Sadik Al-Hassan.

The benefits of the scheme is the “pharmacist-to-pharmacist” relationship, “because we both speak each other’s language”, Mr Al-Hassan said. “I can come up with recommendations from consultations, medicines use reviews (MURs) [and] walk-in patients.”

Mr Al-Hassan estimates he has referred around seven patients directly to the pharmacist since the pilot's launch. “We’re using the surgery’s internal referral process so we can actually book [patients] in for direct appointments if we need to,” he told C+D.

While the pilot will run for three months, the pharmacy has no plans to discontinue the service if it is successful, he added.

Issues that can be referred to the GP pharmacist include prescriptions for incorrect quantities of medication, patients who require a more effective inhaler and those experiencing medicine side effects, Mr Al-Hassan explained.

When the GP pharmacist has actioned a recommendation from the Well branch, they print out the note on the patient medication record (PMR) system for the patient, and the pharmacist retains a copy.

The pharmacy is “able to see what the outcome [of the referral] has been”, said Mr Al-Hassan, which is “completely different from what normally happens, where we’ll send something to a GP and never hear back”.

“We've written the service so it can be done via paper, without electronic input, so it's very easy to do.”

Tracking the patient outcomes of the referral relationship between the two pharmacist roles “will be really useful to show the way pharmacy makes a difference in general practice, not just in the community”, he added.

“Didn’t know what I was missing”

While the pilot is currently taking place in just one Well branch, “if it works really well, it would be very easy for it to be [rolled out] across all the pharmacies connected to this surgery and possibly other pharmacies across the clinical commissioning group”, Mr Al-Hassan said.

The pilot is not being funded “in any way”, he stressed, but the aim for the moment is to collect evidence on the working relationships between pharmacies and GP surgeries.

“I had a great relationship with my surgery before, so I thought. Now we’ve got a GP practice pharmacist…I didn’t know what I was missing,” he added.

Do you have a relationship with local GP pharmacists?

'Why I became an independent prescriber, then GP pharmacist'