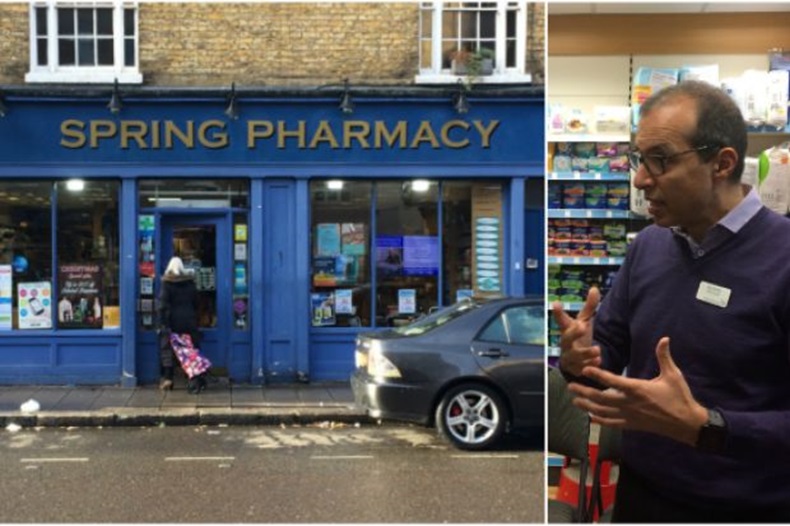 Raj Radia: Staffing will be affected in some way. Where do I cut?

One contractor warned they may be forced to make redundancies and another has said pharmacy’s service delivery will be hampered after yesterday's funding freeze announcement.

Funding for England’s pharmacies will remain at its current level of £2.592 billion for the remainder of the financial year, the Pharmaceutical Services Negotiating Committee (PSNC) announced yesterday (October 22).

While PSNC stressed that the current funding level is “an improvement” on a £33m cut proposed by the government, the Royal Pharmaceutical Society (RPS) said taking inflation into account, the funding is “still effectively a cut”.

“We completely understand what a tough time the community pharmacy sector is going through right now and empathise with pharmacy owners working within a contractual framework that has, in real terms, seen another cut in funding,” RPS CEO Paul Bennett said.

The society’s English pharmacy board chair Sandra Gidley said the funding will “do little to relieve the pressure on pharmacies”.

However, she said she is “pleased that negotiation conversations have now started” and the RPS “looks forward to seeing developments move towards a contract based on services for next year’s settlement”.

“Do I make redundancies?”

Raj Radia, owner of Spring Pharmacy in London, said he is “devastated” that community pharmacies in England will not receive any more money to reflect their increasing workload.

“It’s going to be very hard going forward,” he told C+D. “Cashflow has been a real issue this year. How do you make the two ends meet?”

“The staffing will be affected in some way. Where do I cut? Do I make redundancies? It’s daunting.”

Mike Hewitson, owner of Beaminster Pharmacy in Dorset, was also unimpressed by the funding announcement, but said it was “not a surprise”.

“The government may have shot itself in the foot, as I can only see it increasing pressure on pharmacies. It’s not going to make it any easier for us to deliver services.”

“We have got massive cost pressures: the Falsified Medicines Directive (FMD), living wage, rise of medicines costs, among others – all piling up and no recognition of that,” he added.

“It’s important contractors have faith in the checks and balances in the system so we can be confident it equates to fair delivery of funding.”

The National Pharmacy Association (NPA) said while it understood “why PSNC has accepted the Department of Health and Social Care (DH)’s offer”, the agreement will be a “disappointment to many of our members”.

“[PSNC’s] rationale is in part to demonstrate a desire to develop constructive relationships with government, as the basis for positive developments in pharmacy policy and commissioning,” it said.

However, the “most immediate concern is the impact of the category M clawback, which could impair cashflow”.

The sector needs a “long-term settlement” that has more certainty, as well as “clarity from the government about their ambitions for the sector”, the NPA added.

Well Pharmacy also emphasised the importance of the government’s relationship with the sector, and said rebuilding this must be the priority, with the “aim of providing certainty for contractors”.

“The ongoing challenge of category M clawback leads to instability and uncertainty in the market, and needs to be addressed by a new funding model,” Mr Nuttall stressed.

CCA “pleased” there are no more cuts

The Company Chemists’ Association – which represents Boots, Lloydspharmacy, Well, Rowlands and Superdrug, as well as the pharmacy arms of Morrisons, Tesco and Asda – said it is “pleased that there will be no further cuts”, but “does not underestimate the financial challenges that all contractors currently face”.

“Our members look forward to working with government in the coming months and years to help design and evolve the pharmacy contract to deliver the best possible service for patients and the public,” said chief executive Malcolm Harrison.

A "dip" in cash at the end of January coincides with December wholesaler bills (which are usually higher) , income tax deadline and for a lot of pharmacies company tax bill.

Thanks to in year funding adjustments this is an annual problem. https://t.co/4sQVL9FgcS

Didn’t even get inflation. Well another year for no wage increase for the staff

No real surprises here, but this is undoubtedly a further blow for community pharmacy and the wider @CamAllianceGrp membership!

Extremely disappointing to see any drop in the single activity fee bearing in mind the current financial situation in the CPhcy sector https://t.co/PwlYw2cosQ

I wouldn’t exactly say I was jumping for joy at the news of the latest funding settlement. More wondering about the continued pressure on pharmacists, pharmacy teams and ultimately patients.

How will your pharmacy cope with the ongoing funding pressures?

PSNC: FMD funding to be discussed in 2019-20 contract negotiations