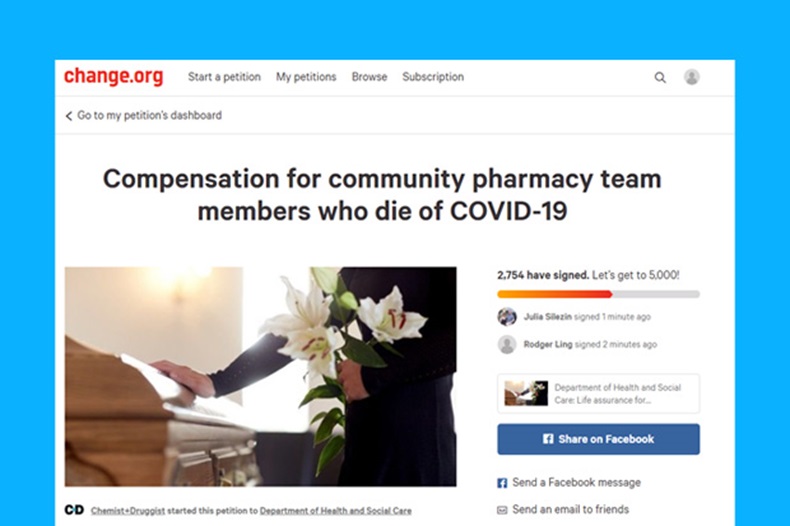 The petition launched on April 29

A C+D petition demanding a death in service payment of £60,000 for the families of pharmacy team members who have died from COVID-19 has received just under 3,000 signatures.

C+D launched a petition yesterday evening (April 29) asking the government to guarantee that the families of pharmacy workers who die of COVID-19 receive the same life assurance benefit as other frontline health staff. .

A scheme guaranteeing a £60,000 payout for public health workers in frontline roles in England who die from the virus – including GPs, dentists, students, care home staff, and social workers – launched on April 27 but did not mention pharmacy teams. On Tuesday (April 28), the  Department of Health and Social Care has  told C+D that the scheme would only cover pharmacists in “exceptional circumstances”.

At the time of publication (April 30), j2,996 people had signed the petition – less than 24 hours after its launch.

This morning health secretary Matt Hancock announced on Twitter that pharmacists would be eligible for the payment, in a policy reversal. However, it is not yet clear whether other pharmacy staff will also be covered.

The petition stresses how vital it is for the government to recognise the frontline work pharmacy teams are doing in this pandemic.

Have you signed the petition?