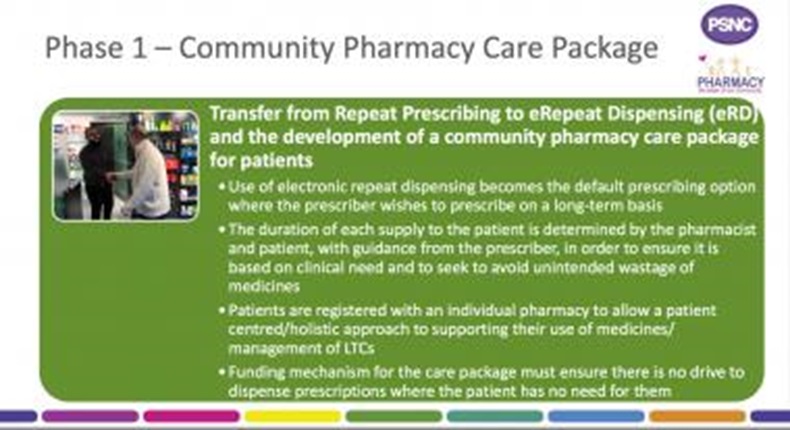 The Pharmaceutical Services Negotiating Committee (PSNC) has responded to the government challenge to create a more "clinically focused" pharmacy service on 6% less funding with a three-phase action plan.

PSNC released the plan, which includes proposals to increase community pharmacy's medicines optimisation role and electronic repeat prescribing, because the government had "no specific proposals" to broaden the sector's clinical role, it said on Tuesday (February 9).

It would “of course be unaffordable” for pharmacists to offer all the services set out in the plans if the government continues with its plans to cut the global sum for England by 6% in October, PSNC stressed.

The negotiator pledged to develop the proposals in line with feedback from the Department of Health and NHS England, which both called for a "clinically focused community pharmacy service" in an open letter last December announcing the funding cut.

PSNC told C+D that phase one of the plan was about developing existing ways of working. This includes the development of a "care package", which will involve "regular" medicines optimisation support and "MUR-type conversations" with patients.

It will also include a minor ailments service, inhaler checks and the "default" use of electronic repeat dispensing for medicines needed on a long-term basis. PSNC also suggested that pharmacists should centrally record any interventions they made on prescriptions.

Phase two of the plan would involve conducting assessments on patients with COPD, asthma and those at risk of falls, and the roll-out of an accreditation equivalent to healthy living pharmacy (HLP) status. In phase three, PSNC set out plans for "the majority" of community pharmacists to be qualified as independent prescribers.

PSNC could not confirm exact timescales for the proposals, but told C+D that phase one could be rolled out more quickly than phases two and phase three, which would be developed "over time".

The negotiator is also working with other pharmacy bodies to "coordinate a campaign against the aspects of the [government's] proposals which will have an adverse impact on patient services and access to community pharmacies," it said.

What do you think about PSNC's proposals?

Tory MPs ‘burying heads in the sand’ over funding cuts