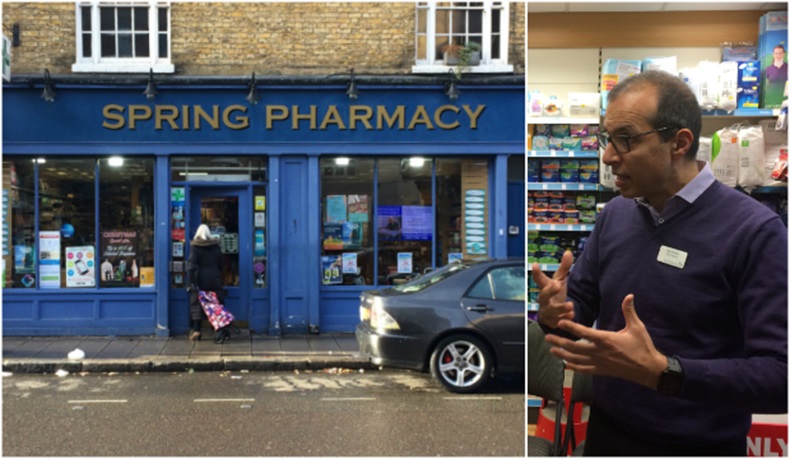 An independent pharmacist is offering a wider range of services in an effort to survive the impact of the funding cuts.

Pharmacist Raj Radia, who owns Spring Pharmacy in Hackney, east London, is taking steps to boost its income by getting “one step ahead” of GPs and offering a patient-funded sore throat test service.

The pharmacy began offering the sore throat service in mid-November, two weeks before the funding cuts came into force in England. Under the scheme, patients pay £9.50 for the swab test and a further £15 for treatment.

Pharmacy sore throat services made headlines last month when NHS England announced it was backing a ‘test and treat’ service  – first piloted by Boots in 2014 – to relieve pressure on the NHS, free-up GP appointments and tackle antibiotic resistance.

At the time, 70% of pharmacists said they would offer a similar service if it had appropriate financial support.

Mr Radia told C+D that despite offering a travel clinic and free diabetes checks, his pharmacy still receives 90% of its income from dispensing.

Offering the swab tests is part of his attempt to move the pharmacy’s business model further towards services, Mr Radia explained earlier this month (January 13).

Mr Radia is also in the process of getting Spring Pharmacy accredited as a healthy living pharmacy – ensuring it will secure 20 points under the new quality payments scheme.

“They're chopping our legs off”

Mr Radia warned he may be forced to consider scrapping the pharmacy's free prescription delivery service, because of the “detrimental” effects of the funding cuts.

“On the one hand, the Department of Health is telling you to use your community pharmacy effectively," he added. “But on the other hand, they're chopping our legs off.”

“I don't know where I'm going to be financially in the coming years."

How are the cuts affecting your pharmacy? And what are you doing to survive? Share your stories by emailing us at this address.

How will the cuts affect your pharmacy's service offering?

5 ways your staff and services can survive the funding cuts