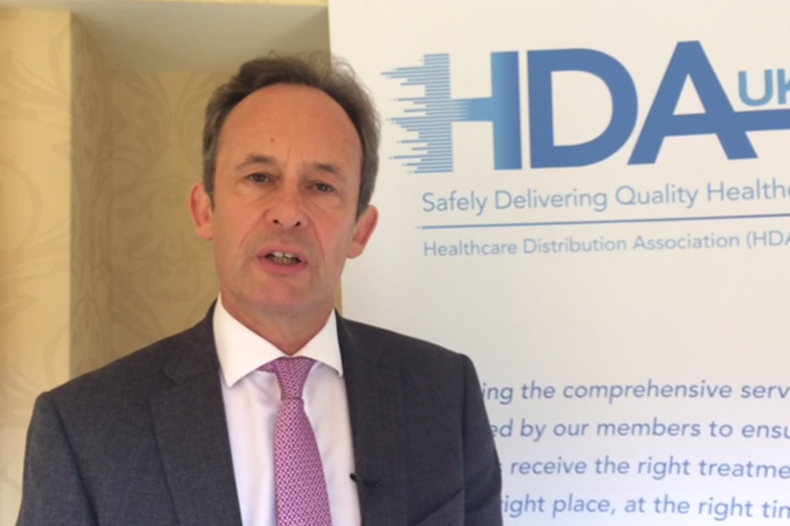 Martin Sawer: GPhC and MHRA will decide "movements in pharmacy" after consultation published

The government's impact assessment of placing medicine scanners in every pharmacy has been delayed by the general election, according to the Healthcare Distribution Association (HDA).

Under the falsified medicines directive (FMD), all community pharmacies in the UK will have to scan medicines at the point of dispensing by February 2019, as part of European anti-counterfeiting measures.

Speaking at the HDA’s annual conference last week (May 18), chief executive Martin Sawer told C+D he hopes the delayed impact assessment and a public consultation of the scanning law will be published over the summer.

“Some of the movements in pharmacy” would have to be decided by the General Pharmaceutical Council and the Medicines and Healthcare products Regulatory Agency, once the government publishes its delayed consultation, he added.

Watch the video below to see more from Mr Sawer, including his explanation of why the FMD is coming into force.

How will the falsified medicines directive affect you?

Countdown begins to place barcode scanners in all pharmacies