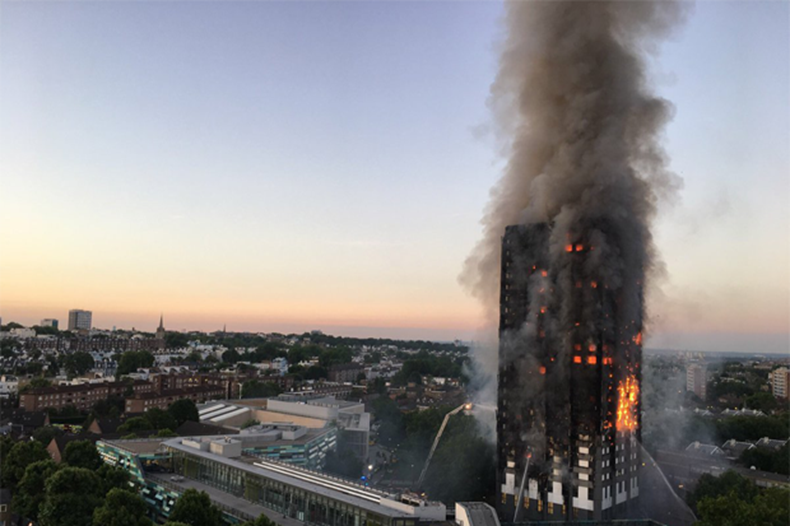 West London pharmacies have helped victims of the Grenfell Tower fire with emergency supplies of medicines, C+D has learned.

Chief executive of Pharmacy London Rekha Shah told C+D that the local NHS England team had identified 20 pharmacies within a 1km radius of two respite centres – Rugby Portobello Trust on Walmar Road, and The Harrow Club on Freston Road – to support the victims of the fire in West London.

Chandni Vishrolia, pharmacist at Chana Chemist told C+D the pharmacy has “many patients” who live in the tower.

“We had a family come in first thing in the morning as they had left everything inside and we had to do an emergency supply of medication. We arranged for that immediately,” Ms Vishrolio told C+D this morning (June 15).

She described how she had received a call from a doctor at the respite centre with a patient of the pharmacy who had lost her medication.

“I couldn’t find the lady [at the respite centre], who needed medication. I’m going to try and ring her again today,” Ms Vishrolio said.

“We have had a lot of people come and buy [products in the pharmacy] to donate [to the victims]. We have done the same and donated on behalf of the company,” she added.

"What can we do to make sure everyone gets their medication?"

Ali Murtada, a pre-registration pharmacist at Faro Pharmacy told C+D he went down to the respite centre on Walmar Road to help.

“There was a volunteer doctor and volunteer nurse and we said: 'what can we do to make sure everyone gets their medication?' I made them a template, so whenever someone comes in they could collect their details,” Mr Murtada said.

“We compiled five A4 sheets of patient details and we passed that to the doctors from the local surgeries so they could write prescriptions and we could take it to the pharmacy,” he said.

“We are sending supplies to where they’re needed,” he added.

Pharmacies asked not to charge patients

Ms Shah said the centres had been given the local pharmacies’ contact details and would be providing scripts for patients for dispensing. She added that pharmacies were being asked not to charge patients as they were unlikely to have access to funds.

Pharmacies were advised to endorse the back of the prescription as ‘charges collected’ and write ‘Latimer’ on the rear, Ms Shah explained.

“Pharmacies have been asked to keep a record of circumstances where this has occurred and to record the prescription number and the number of items dispensed,” said Ms Shah.

“NHS England (London) will send a claim form for pharmacies to fill in and will pay the waived charges through a PPD local scheme number. We have been told to anticipate reimbursement will be completed within two months.”

“It is important that these patients still have access to prescribed medication,” Ms Shah told C+D.

The fire broke out in Grenfell Tower, West London at 00.54 on Wednesday morning. At the time of writing, emergency services say 17 people have died with the number expected to rise.

The London Ambulance centre said it treated 68 patients and took them to six hospitals across London, where 18 people are currently in critical care.

"Side by side with other frontline services"

“Once again community pharmacy teams are ever-ready to support those members of the public who are affected in these sorts of circumstances,” Ms Shah said.

“The public recognise and credit them for standing side by side with other frontline services to do their bit for the communities they serve.

"It would be nice if the powers that be in government also did,” she added.

Last month, pharmacist Khalid Ahmed went to Manchester Arena following a terrorist attack to help the “traumatised” victims. Have you ever had to provide assistance during a crisis? Share your stories below or join the discussion on on LinkedIn.

Has your pharmacy had to provide assistance in times of crisis?

Half of intended pharmacies register for urgent supply pilot