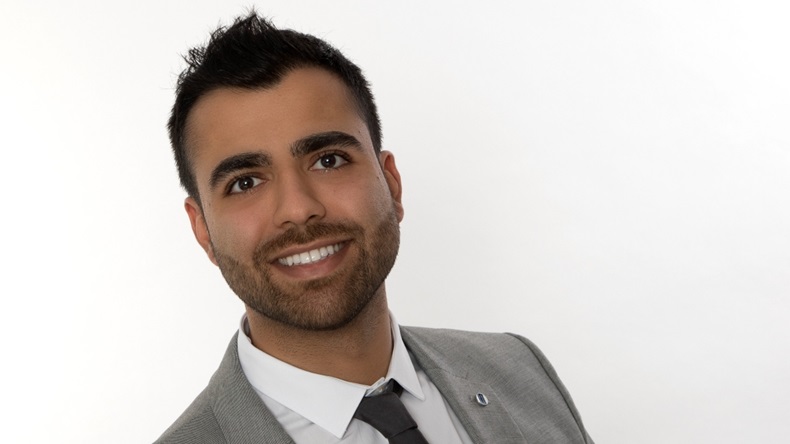 "As an industry, we should do more to stop dangerous medicines ending up in the wrong hands"

Health technology has come on leaps and bounds in recent years, but prescription writing still lags behind, Reece Samani says. How can pharmacy help tackle the issue?

Last summer, I was involved in an exchange on a WhatsApp group of pharmacist colleagues that has really stuck with me, causing me to think deeply about the way private prescriptions are issued and regulated in the UK and the security issues involved.

The exchange started when a colleague sent a message with an image attached. The image was of a prescription that the sender knew to be fraudulent. They were warning other pharmacists in the local area not to dispense the medication on the script if presented with it.

The sender knew it to be fraudulent as they had seen the exact same prescription with a different name on it very recently. From the image alone, though, it was extremely difficult, if not impossible, to tell that the prescription was not genuine. Had it been presented to a pharmacist who had not received the message, they would have had little or no reason to question it.

This is anecdotal of course, but I believe it to be indicative of a wider issue; that of addictive, potentially dangerous medication falling into the wrong hands.

Paper prescriptions are highly susceptible to fraud. Copies can be made and, if they are well made, then they can be difficult for any individual pharmacist to pick out. The rise of online prescribing may be compounding the issue too.

The Care Quality Commission has strict guidelines that ensure telemedicine providers and private clinicians notify patients’ regular GPs of any consultation, along with other ‘know your customer’ ID checking requirements. But the patient must consent to that information being shared and the patient could deny having a regular GP in the UK entirely, especially if their aim is to have addictive or high-risk drugs prescribed.

This is not about blaming patients, doctors or pharmacists. It is about the system that governs prescribing. The technology used to write scripts –  a pen and paper – simply has not kept up with other advances in health technology.

I went looking for answers and at the beginning of this year my efforts resulted in me founding SignatureRx, a fully digital, blockchain-based prescription writing platform for private clinicians. The blockchain technology means changes to the prescription can be easily detected and once dispensed, that prescription cannot be collected elsewhere.

The fact that the prescriptions are digitised brings a further security advantage. We had a case early on of one company using SignatureRx to write an unusually high number of prescriptions for addictive schedule 4 and 5 drugs. But the nature of the technology SignatureRx is built on allowed us to work closely with a well-known pharmacy chain to pick up the dangerous pattern. We were immediately able to investigate and prevent these scripts being issued. With traditional paper prescriptions, that would simply not have been possible.

This is not just a shameless plug for SignatureRx, but it is about us as an industry doing more to stop dangerous medicines being handed over to people who either have nefarious intent or who are in the grips of the terrible illness of addiction. As healthcare professionals, we all have a duty to do as much as we can to keep people safe.

More can be done to eliminate the risks associated with private prescriptions written on paper and ink-signed. Health technology as a whole has come on leaps and bounds, improving access, convenience and safety for patients. Prescription writing, in general, still lags behind and, in its current state, that is potentially exposing people to danger.

I clearly do not have all the solutions, but I believe this is an issue that we all need to work together to address.

Reece Samani is CEO of The Locum App and SignatureRx

‘Pharmacy can learn some lessons from the junior doctors' strike’