Six local health boards (LHBs) in Wales have begun making use of NHS regulations allowing them to withhold remuneration from pharmacy contractors for severe breaches to terms of service, including unjustified temporary closures. 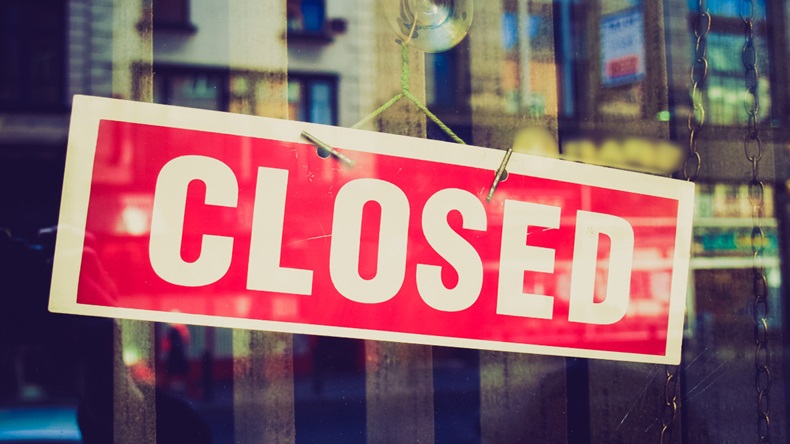 Six out of Wales’s seven LHBs told C+D that they have already enacted or have future plans to implement measures under the National Health Service (Pharmaceutical Services) (Wales) Regulations 2020, which came into force on October 1 that year.

The regulations allow LHBs to issue “breach or remedial notices” and withhold payment to contractors where appropriate, the Welsh government explained in guidance about the regulations.

It comes following reports that areas around Wales and rest of the UK are facing “a higher-than-normal level of pharmacy closures”, a spokesperson for Aneurin Bevan University Health Board told C+D last week (June 1).

What do the regulations entail?

The regulations set out what steps LHBs can take if pharmacies do not comply with their terms of service – for instance, with regards to temporary pharmacy closures where these did not happen with “good cause”, the government explained.

Health boards can only withhold remuneration from contractors if breaches to terms of service were made “without good cause”, if “the amount withheld is justifiable and proportionate” and if this has “regard to the nature and seriousness of the breach”.

They must also “make every reasonable effort” to engage with contractors before going ahead with such measures, the Welsh government stipulated, including using “a variety of methods” to contact them, doing so more than once and “ensur[ing] that communications are received”.

In cases where contractors “fail to take the steps set out in a remedial notice, to the satisfaction of the LHB”, are “repeatedly [...] issued with remedial notices or breach notices”, or if the health board determines that a contractor or pharmacist is “likely to persist in breaching the term of service without good cause”, the LBH can remove the premises from a pharmaceutical list.

Which LHBs have started using the measures?

Lynne Joannou, acting associate director of primary care contracting and regulation at Betsi Cadwaladr University Health Board, said her LHB was “instrumental in the development of this nationally agreed framework”, and has been applying the regulations “since July last year”.

“We have used these powers on a few occasions and as a last resort, where we felt patient care was being compromised,” she added.

Meanwhile, Hywel Dda University Health Board (UHB) did not kickstart the measures until the beginning of this month.

“Hywel Dda UHB is not the first health board in Wales to set out a procedure to make use of the powers within the pharmacy regulations,” a health board spokesperson told C+D last week (June 1).

While “other health boards have already issued breach notices and withheld money from contractors”, they claimed, the Hywel Dda UHB is not currently investigating any pharmacies for breaches to terms of service due to how recently it began to adopt the measures.

Meanwhile, the Aneurin Bevan University Health Board “implemented a procedure for the management of NHS Wales terms of service breaches on April 1”, it told C+D.

“Although the health board has yet to issue any breach notices, letters have been distributed to contractors requesting further detail of the nature of the closures,” it said.

A spokesperson for Cardiff and Vale University Health Board told C+D yesterday (June 6) it is “currently in the process of reviewing and implementing procedures that will support [the NHS regulations] in 2022”.

Cwm Taf Morgannwg University Health Board said it had implemented “a community pharmacy contractual breach procedure […] in February 2022”, in line with the regulations.

Meanwhile, Swansea Bay University Health Board told C+D (May 31) it “review[s] pharmacy closures daily and would implement measures in line with the [NHS] regulations”, although it did not specify when it had begun doing so.

“Not our intention to penalise contractors”

The Aneurin Bevan University Health Board spokesperson said that the LHB has “experienced a higher-than-normal level of pharmacy closures recently, mostly arising from staffing issues relating to COVID-19 and sickness absence”.

They noted, however, that “it is not our intention to penalise contractors when closures are temporary and for good reason”, especially as the increase in temporary closures is “a UK-wide issue reflected across the whole of the healthcare system”.

In implementing any measures outlined in the regulations, the health board weighs up its awareness of this issue “with ensuring sufficient pharmacy services are available for our patients and that other pharmacies in the area aren’t under additional pressure”, they stated.

Meanwhile, the Cwm Taf Morgannwg University Health Board said it works “with our community pharmacies to discuss any challenges they may need support with” alongside its “robust process in place for the reporting and monitoring of temporary suspensions to pharmaceutical services”.

PDA: 'Anecdotal' reports of temporary pharmacy closures on the rise