Drug use in pregnancy and breastfeeding

In this module you will learn:

When a pregnant or breastfeeding patient presents at a pharmacy – whether with a prescription or an over-the-counter (OTC) request – staff tend to tread carefully. This is because everyone trained in a pharmacy has been warned that medication use in pregnancy should be avoided where possible.

Even though we are aware not all drugs will pass through into the breast milk, pharmacy staff should still be cautious when dispensing or selling medication to these patients.

Another reason for caution is because medical research is not always carried out on these groups – due to issues relating to teratogenicity and infant development. Looking at it from the point of view of a manufacturer, they do not wish to do any harm to the research subjects, and so will not risk including them in their studies.

However, it is not always possible for these patients to avoid using medication. It is therefore important you are aware of the drugs that can be troublesome during pregnancy, so you can advise the prescriber on suitable alternatives available. In the following case studies, we will examine commonly prescribed and requested drugs, and the risks they present during pregnancy and breastfeeding.

Mrs Johnson is 28 weeks pregnant and has a chest infection. Her doctor has prescribed a one-week course of erythromycin 250mg, four times daily.

Is this a suitable antibiotic for Mrs Johnson?

Erythromycin is not known to be harmful during pregnancy. Although it has been reported to cross the placenta, foetal plasma levels have been found to be low and no adverse foetal effects occur. It is therefore suitable for this patient.

In contrast, tetracycline is an example of an antibiotic that should not be recommended during pregnancy or breastfeeding. This is because all tetracyclines bind to calcium – staining the teeth and occasionally leading to dental hypoplasia. Although this calcium binding usually occurs in the breast milk itself – before reaching the baby – it still should not be recommended.

Ms Peterson is in her third trimester of an uncomplicated pregnancy, and has developed vaginal thrush. The doctor has prescribed fluconazole 150mg capsules and clotrimazole 2% cream.

Can you safely dispense this medication?

There is limited clinical data on the use of fluconazole as a single dose during pregnancy, but published research suggests that the risk is low or non-existent when used for vaginal infection at the standard dose.

However, the BNF notes the manufacturer advises “avoiding fluconazole during pregnancy” as “multiple congenital abnormalities have been reported with long-term high doses”.

In regards to the clotrimazole cream, this is suitable for use during pregnancy. The capsule pessary may also be used during pregnancy, but the patient should insert it into her vagina using her fingers, rather than the product applicator.

Although doctors can prescribe clotrimazole-based products, OTC versions are not licensed for women who are pregnant or breastfeeding.

Mrs Williams is breastfeeding her three-week-old daughter. She developed very sore breasts and her doctor has diagnosed mastitis. This condition is caused by either a build-up of milk within the breast or damage to the nipple, both of which can lead to a bacterial infection. The doctor has prescribed Mrs Williams flucloxacillin 500mg, four times daily for two weeks, to treat the mastitis.

Is flucloxacillin suitable to take when breastfeeding?

Although trace amounts of flucloxacillin are known to cross into breast milk, it is not known to be harmful to the infant.

However, it is possible that it may cause hypersensitivity reactions in the baby. The flucloxacillin that passes through the breast milk may also cause the baby to have some looser stools or diarrhoea, but this will resolve once the antibiotics are completed.

Mrs Williams should be encouraged to continue to breastfeed – even when an infection is implicated – as the baby will not be harmed and symptoms of the mastitis can resolve by breastfeeding. You can advise her that she can take paracetamol to help reduce any pain or fever caused by the condition.

To avoid future mastitis, you should advise Mrs Williams to:

Mrs Aziz has a chesty cough, a blocked nose and a headache. She explains her entire family have had these symptoms and jokes about it being “her turn”. She also mentions that she is six months pregnant and has brought in a bottle of Lemsip (ingredients: paracetamol, phenylephrine hydrochloride, guaifenesin, cetylpyridinium) her husband had been using and asks you if it’s OK for her to take it.

Is her husband’s medicine suitable?

It is generally accepted that paracetamol on its own is safe to use during pregnancy, but only to treat a high temperature, or aches and pains. Even this should be at the lowest dose for the shortest time possible.

However, it is advised not to use the other drugs found in Lemsip during pregnancy without medical advice.

As no other medications are suitable, Mrs Aziz cannot use her husband’s medicine. Instead, you can recommend she uses simple self-care remedies for cough and cold symptoms, such as:

In addition, you should advise her to drink plenty of fluids, eat a healthy diet and rest.

Ms Dante has been prescribed trimethoprim 200mg, twice daily for three days, for a urinary tract infection (UTI). She forgot to tell her doctor that she is 10 weeks pregnant, and asks you if it will be OK to take this medicine.

Is trimethoprim a suitable antibiotic for her infection?

Trimethoprim is a folate antagonist and is teratogenic in the first trimester. The manufacturer advises that it should also be avoided during the following two trimesters.

Although this medication would not be suitable, prompt treatment is still required as there is increased risk that the UTI could progress to acute pyelonephritis – when the infection spreads to the renal pelvis and kidneys.

Suitable alternatives to treat the UTI include amoxicillin – with a regimen of 500mg three times daily – or a cephalosporin, such as cefalexin or cefaclor. Nitrofurantoin can also be used, but should be avoided at term, as it may cause neonatal haemolysis – the breakdown of neonatal red blood cells.

Miss Murray has epilepsy, which has been successfully controlled with a treatment regimen of lamotrigine 100mg in the morning and 150mg at night. Despite using contraception, Miss Murray has discovered that she is pregnant.

When she started taking the lamotrigine, she was told of the importance of using an adequate contraceptive method, and she remembers being told there was a risk to the health of the foetus if she got pregnant. Miss Murray explains to you that she wants to stop taking her medication.

Although there is an increased risk of teratogenicity – especially during the first trimester – a planned withdrawal of medication before pregnancy is the safest way to reduce the risk of malformation. As this pregnancy is unplanned, it is likely that it is too late for changes to be made.

The risk of seizures occurring, and the resultant risk to both the mother and foetus by suddenly stopping lamotrigine, outweigh the risk to the foetus if it is continued.

The BNF states that the overall likelihood of having a baby without malformation by individuals taking antiepileptics is at least 90%. Research suggests that the risk of congenital abnormality is 2-3% in those taking any dose of lamotrigine as monotherapy.

In order to reduce the risk of neural tube defects, Miss Murray should be advised to take folic acid at 5mg daily – the normal dose of folic acid during pregnancy is 400 micrograms.

The concentration of drugs in the placenta can change during pregnancy, and it is recommended that the plasma-drug concentration is monitored throughout pregnancy and after birth. Miss Murray’s doctor may adjust the lamotrigine dose in order to maintain adequate levels, reduce seizure risk, and help prevent complications for the foetus.

Miss Murray should also be encouraged to notify the Epilepsy and Pregnancy Register. The aim of the register is to find out which medications epileptic women are taking while they are pregnant and to collect information on the health of their child. 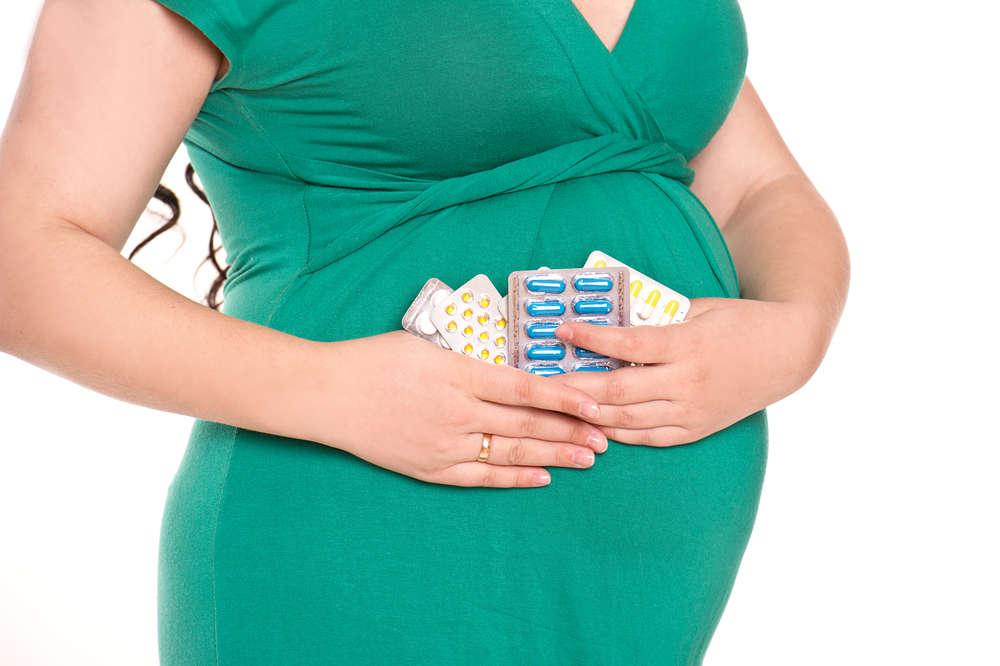 Mrs Chan gave birth to a healthy boy two weeks ago. She had unprotected intercourse last night and has come to the pharmacy for emergency contraception. She is not breastfeeding the baby.

Is it safe to dispense the emergency contraceptive?

As she is less than twenty-one days from giving birth, Mrs Chan cannot become pregnant and will not require emergency contraception. Although there is great variation in the return to fertility following childbirth, the earliest known time of ovulation is 27 days after delivery.

Miss Bamph has a four-month-old daughter who she is currently breastfeeding. The condom broke two nights ago during intercourse with her partner, and she would like to purchase emergency contraception.

Does she need to take a contraceptive?

Breastfeeding is known to delay ovulation. This is known as lactational amenorrhoea and can be used as a contraceptive method – it can be up to 98% effective. However, this effectiveness has conditions, such as:

If Miss Bamph is unsure whether she has followed these conditions, then you can advise her that both levonorgestrel and ulipristal (EllaOne) can be taken while breastfeeding.

However, the mother should not breastfeed for one week after taking ulipristal. It is secreted into breast milk – as it is a lipophilic compound – and the effect on the child has not been studied. The mother should express the breast milk in order to continue to stimulate lactation, but it should be discarded.

Levonorgestrel is also secreted into the breast milk, but potential exposure to the infant can be reduced if breastfeeding is avoided for eight hours after taking the dose.

As Miss Bamph has had unprotected sex within the last two days, it would be suitable for her to use levonorgestrel, as it means that her daughter will not be prevented from breastfeeding for one week.

Drug use in pregnancy and breastfeeding CPD

Which antibiotics are not suitable for pregnant and breastfeeding women? What is the risk of congenital abnormality for women taking lamotrigine? For how long after taking levonorgestrel should breastfeeding be avoided?

This article discusses medicines use in pregnant and breastfeeding patients, using case study scenarios. It includes information about medicines that can and cannot be used for treating a range of infections, the problems that pregnant women taking antiepileptics may have, and advice that pharmacists can give breastfeeding mothers about emergency hormonal contraception.

Read more about mastitis on the NHS Choices website here.

Revise your knowledge of epilepsy and pregnancy on the Epilepsy Action website here.

Find out more about contraception after having a baby on the Patient website here.

Are you confident in your knowledge of prescription medicines that are safe for use in pregnant and breastfeeding women? Could you also give advice about the suitability of over-the-counter medicines?