“We’re not a business, we’re not a shop, we’re contracted to the NHS”

A pharmacist who provided a witness statement for the National Pharmacy Association’s (NPA) High Court challenge to the funding cuts was “horrified” by some of the comments made during the case.

Nazmeen Khideja, owner of A. Karim’s Chuckery Pharmacy in Walsall, was one of three “interested parties” to provide written testimony to help strengthen the NPA’s legal case in March (see below for more details).

In its High Court challenge, the NPA argued that the government had not considered the effect its pharmacy cuts in England would have on the disabled, the elderly and those from black and ethnic minority communities.

“We’re actually Numark members, rather than NPA members but [we were chosen] because we are the type of pharmacy [the NPA] wanted to highlight,” Ms Khideja told C+D yesterday (June 7).

"At the end of the day, the funding cuts are bigger than individual organisations and pharmacies," she said. "It is vital that we work together as a profession to provide a singular and strong pharmacy voice."

Based in an area of high social deprivation – with no dental surgery or GP practice – Chuckery Pharmacy is a 100-hour pharmacy, providing minor ailments, medicines optimisation and palliative care services, as well as a number of services “outside of what a traditional pharmacy would do”, Ms Khideja said.

From hosting immigration paper renewal events, to a regeneration project that includes basket weaving and gardening, Ms Khideja said her pharmacy “provides the services that the neighbourhood needs”.

“We’re the backbone of our community and actually, if we get to the point where running costs become difficult and we have to close down, the direct impact is on the community.” 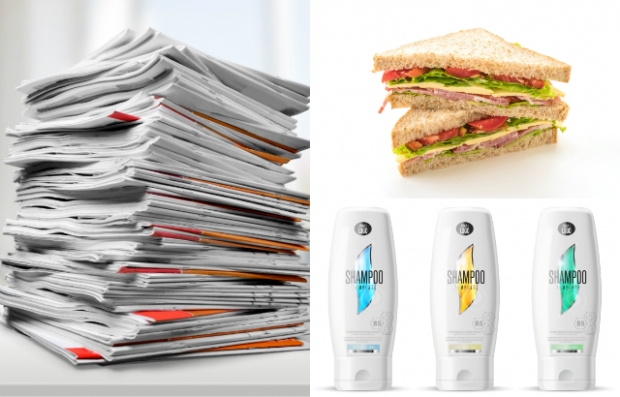 While Ms Khideja was not required to attend the three-day High Court hearing, she watched the coverage with interest.

The Department of Health (DH) lawyer’s attempt to suggest that pharmacies do not just provide health services – by exclaiming "Boots in Waterloo sells sandwiches" – shows that the government still does not understand community pharmacy, she said.

“I was horrified that they implied we rely on sandwiches and shampoo sales to stay afloat,” Ms Khideja told C+D.

“Selling just toiletries and over-the-counter products is not enough to sustain a pharmacist and the rest of the pharmacy staff. Inherently, pharmacies are providing a service.

“We’re not a business, we’re not a shop, we’re contracted to the NHS – like GPs, optometrists and dentists – but the problem is [the government] just sees the retail side.”

The NPA and the Pharmaceutical Services Negotiating Committee's (PSNC) cases were dismissed "with regret" by a High Court judge last month, but Ms Khideja stressed that “I still have a job to do, despite the judicial review and the funding cuts”.

Receiving her own letter from Philip Hammond

Ms Khideja was “shocked” that on the second day of the High Court case, it was revealed that chancellor Philip Hammond had reassured a hesitant Theresa May that the pharmacy funding cuts were necessary.

This prompted her to lobby her MP, Valerie Vaz, for answers.

“I did get a letter back from the [DH] saying: we’re busy with the election, write to us again afterwards if we’re still in power.

“[The government] refused to answer my query, but actually business and life doesn’t stop because they have a general election.”

Ms Khideja said that Ms Vaz’s efforts show that pharmacists can have their issues heard. “You want people in charge who are going to listen to you, and I feel listened to,” Ms Khideja said.

“At that point there was no general election when I lobbied my MP. It is encouraging that pharmacy has made it into the Labour manifesto”, she added.

You can read a full copy of Ms Vaz's letter to the chancellor here, and the DH's response here.

What did the NPA's High Court witness statements say?

“It is no exaggeration to say that I believe that lives will be lost if my pharmacy closes.”

“Due to the cuts introduced by the [DH], I have taken the difficult decision to begin charging new patients £250 per year for the dosette service…and abolish the free prescription delivery service and begin charging patients 50p per delivery.

“I have [also] had to stop seeing 'walk in' patients, and I have had to introduce a booking system with limited appointments.”

“I became interested in the government's plans to cut community pharmacy funding as soon as I heard about them last year. All of us in the caring community are worried, because for most of us the pharmacy is our first line of defence whenever the people we care for have an issue.”

Listen to C+D's podcast with NPA chair Ian Strachan and solicitor Andrea James to find out what the sector's next steps should be following the High Court judgment.

The High Court pharmacy funding details you may have missed
19/05/2017 | 3 | News
1 Comments
Question:
How is your pharmacy coping with the funding cuts?

Did anyone use the fact that NHS England did not honour the following commitments and act in accordance with the Equalities Act 2010 in regard to Carers. If not a missed opportunity by those representing pharmacy!

NHS England published their Commitments to Carers on 7th May 2014. The NHS Five Year Forward View commits the NHS to find new ways to support carers. The Commissioning for Carers Principles, which form part of NHS England’s Commitments to Carers include: Think carer, think family; make every contact count; right care, right time, right place; prioritise carers’ health and wellbeing; support carers to access local resources. The Equalities Act 2010 placed new obligations on public bodies. Public authorities are required to have due regard to socio-economic disadvantage when exercising strategic planning functions. This means that whenever a government department, local authority or health body is making a decision of a strategic nature it will be required to assess the impact of all such initiatives on carers as a recognised economically disadvantaged group.