GPhC: Mr Thompson acted “for the benefit of his patients” and “derived no financial gain”

A Scottish pharmacist has been struck off the register for dispensing medicines under the minor aliments service (MAS) to ineligible individuals and “dumping” them on other patients’ records.

John George Thompson, registration number 2027575, “induced” junior members of staff to sign for medication they were not receiving, the General Pharmaceutical Council’s (GPhC) fitness-to-practise committee concluded at a hearing on April 25.

The GPhC noted that Mr Thompson, who registered in 1982, acted “for the benefit of his patients and his pharmacy” and “derived no financial gain” from this.

But it stressed he had engaged in the “systematic corruption of patient records” and “still considers he was doing the right thing”.

Mr Thompson was absent from the GPhC’s hearing in London, which he explained in a letter was because he has a “phobia of terrorism”, the regulator heard.

The GPhC heard that Mr Thompson was working as the responsible pharmacist at a branch of Lindsay and Gilmour in Fife between December 2010 and June 2015, when he conducted actions he later described as “skiing off-piste” for the benefit of patients.

The investigation into Mr Thompson’s actions was initiated after a patient – who was also an employee at the pharmacy – “noticed he had been recorded as receiving a number of medication[s] he did not think he had ever received”, the GPhC heard.

When interviewed by Lindsay and Gilmour’s director and deputy superintendent pharmacist, Mr Thompson admitted he had been “quite adventurous” with the MAS and “rarely turned anybody away”, the regulator heard.

Mr Thompson explained that he would privately pick a patient eligible for the MAS as, in his own words, a “dump person” – so called because Mr Thompson would “dump” the supplied medicine onto their record, the GPhC heard.

This would normally be an employee working at the pharmacy on a Saturday, because they would be under-19 and in full-time education – and therefore eligible for the MAS.

The GPhC also heard that one patient – an employee at the pharmacy – suffered an “adverse reaction” to trimethoprim supplied by Mr Thompson, which they had not been prescribed. However, it stressed that there is “no allegation that the medication was unsuitable, just that there was no valid prescription”.

The GPhC acknowledged that Mr Thompson “regards himself as a man of principle”, had no fitness-to-practise history, and “to his credit” had admitted what he had done.

“He stated clearly that if he had not helped patients in this way on occasions, they would have gone elsewhere,” the regulator said.

It also noted that Mr Thompson stated he was suffering from “generalised anxiety disorder and other stressful events” for “some of the relevant period”. However, he did not claim this was a “driver for his actions”, the GPhC said.

The regulator concluded that – although Mr Thompson acknowledged "I have sinned and deserve to be punished" – he lacked "any genuine remorse" or "insight into the seriousness of what he has done".

It stressed that Mr Thompson had “abused his position as a senior pharmacist repeatedly and over a long period of time to provide medication without charge to people he thought should have it”, and ruled to strike him from the register.

What would you do? Mr Thompson’s scenario for the GPhC 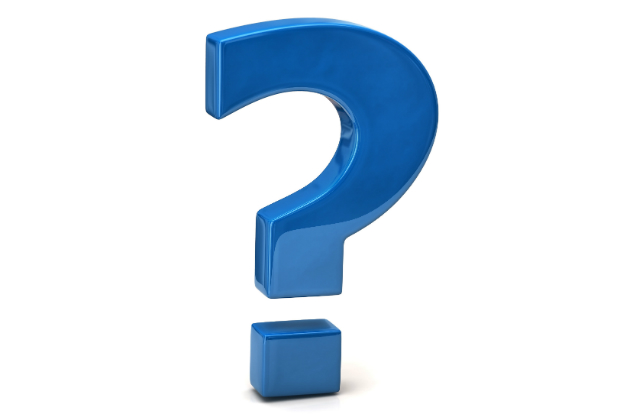 In the documents sent to the GPhC as part of his defence, Mr Thompson set out a scenario (which he called a “conundrum”) with a rhetorical question to the pharmacist on the GPhC’s fitness-to-practise committee.

A family needs treatment for worms in their children. The children are eligible for free treatment under the MAS, but the parents are not. It would be sensible to treat the parents at the same time as the children to avoid reinfection. As a pharmacist, would you dispense to the parents as well, and simply record it as a MAS supply to the children, so that the whole family could be treated in this way with free medication?

“The answer is that it is always wrong and unacceptable to supply medication to one patient and record it as having been supplied to another – because that other is entitled to receive it under the MAS, but the first patient is not.”

My tips for dealing with a fitness-to-practise investigation
20/03/2017 | 3 | Views
13 Comments
Question:
What would you do in the scenario that Mr Thompson set out?

What is the GPhC's veiw regarding the GP situation and mebendizole for 6 tabs on 1 script? Defrauding the NHS, cutting a contractor's income by reducing the number of items, safety issue regarding dose and record keeping?  I suspect "they cannot comment on another profession's regulation" However, they may want to discuss it with the pharmacist who dispenses it-an obvious overdose at 6 tablets, or blatant fraud!!

However. this guy was mad to place himself in this situation, "off this planet" never mind the piste.

It's hard to kick a man when he's down but this is so foolish. It doesn't matter that his heart was in the right place - this undermines the 'profession' (that word again that none of us seem to know exactly what it means) in the eyes of the public. We HAVE to be squeaky clean in everything we do.

Simple do not do this! It's fraud regardless how you justify it!! I no GPs do this all the time but nothing happened to them

In the above scenario GPs are pften prescribing for the whole family on an exempt script- never heard of one of them being struck off!

Shopped by a disgruntled colleague... be careful what you do in front of your staff, you never know when they'll turn against you.

Whilst this Pharmacist's heart was probably in the right place, i.e.making the patient his central concern, how he went about recording it was wrong. More than wrong it was dishonest. If there is anything that gets the GPhC  "going" it is dishonesty by a registrant, and in this case, the GPhC were right.

Not at all trying to defend this chap.  However well meaning his actions were, they were obviously wrong.  However... how often do we see a single Rx for 4/6/8/10 mebendazole 100mg tablets written for an under 16?  Has a prescriber ever been struck off for "deliberate...defrauding of the NHS" for treating a whole family in this way?

I'd say it's the reason that Vermox come in boxes of 6!

How often do we see surgeries write Rxs for injections / medications for patients and ask they be "delivered to surgery"?

Do I Not Like This Dotcom, Primary care pharmacist

Usually to replenish stock after patient has received an injection during a consultation - e.g. methylprednisolone.

Until the patient tells you that they don't receive that injection or dressing.

Agreed. Jas,  I have seen plenty scripts for so-called dump patients at surgeries over the years. I understand it is to replenish stock, but the order is often put on a dump script for pts that don't have the item.  Why they can't simply produce a signed order is anyones' guess. Its similar to the GP who writes a script on a childs record to treat an entire family so that no-one has to pay !

The pharmacist here did wrong with dishonesty and unfortunately got rumbled. I have also been faced with the family with worms scenario and we have to play by the rules in terms of supply. Though we are a patient-centred profession, it is not a defence when clear rules have been broken and dishonesty shown.

Completely idiotic behaviour on the part of the pharmacist. GPhC got this one absolutely correct.