The government has granted pharmacists the ability to supply an alternative strength or form of fluoxetine without contacting the patient’s GP, in an effort to cope with shortages. 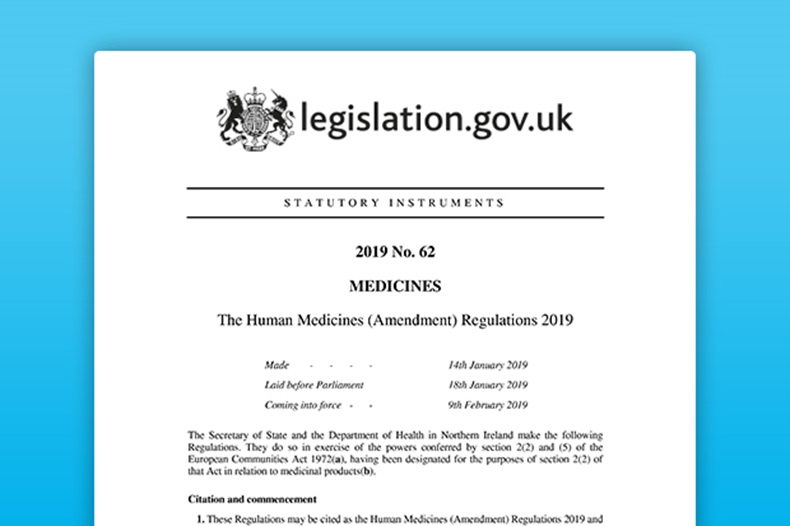 This is the first time pharmacists can dispense an alternative to a medicine suffering a shortage, rather than the prescription and without contacting a GP, under a “serious shortage protocol” (SSP). The legal framework for a protocol was put in place in February, but it required a government directive for pharmacists to act on it – one was issued today.

The Department of Health and Social Care (DH) has issued the protocols (see below) for fluoxetine 10mg, 30mg and 40mg capsules, as they are currently out of stock, it announced this morning (October 3).

As there are sufficient supplies of 20mg capsules, as well as tablets and oral solutions, pharmacists have been granted the power to switch to these strengths or forms, it said.

“The protocol will remain in place while manufacturing issues mean the drug is temporarily in short supply,” the DH explained.

Dispensers would only be able to make this switch during the time in which the [protocol] is valid, with the patient’s consent and where appropriate, it stressed.

Pharmacists must always use their professional judgement to decide whether it is appropriate to supply against a protocol, the DH continued. Patients can always refuse the alternative and instead go to their GP to discuss alternative treatments.

The DH told C+D that the shortages powers currently only apply to England. However, the devolved administrations have said that they are content for Scottish, Welsh and Northern Irish patients presenting prescriptions in England to be served under the terms of the SSPs.

What alternatives can pharmacists supply under the fluoxetine SSPs?

Read each of the protocols in full and the accompanying operational guidance on the NHS Business Services Authority's website.

To help “tackle” shortages of hormone replacement therapy (HRT) products, the DH simultaneously announced it has restricted wholesalers from exporting 19 HRT drugs out of the country.

The DH has written to wholesalers to explain the restrictions on parallel exporting, which it said are similar to measures already in place in other European countries.

Further products are also subject to restrictions – including: adrenaline auto-injectors; emergency hormonal contraception levonorgestrel; and hepatitis B vaccines – “to safeguard patients”, it said.

Companies found to flout the rules could face “stringent action”, including having their licence suspended immediately.

Health secretary Matt Hancock said he recognises “how distressing medicine shortages can be for those who rely on drugs like HRT”.

“The new measures we’re introducing today will help us ensure patients get the medicines they need and the high quality care they deserve.”

C+D’s reader survey of the extent of shortages – which has since been reported in the Daily Mail, The Sun, the Daily Mirror and the Telegraph – revealed on Monday that 84% of respondents have struggled to obtain HRT products in the past six months, making it the most common medicine in short supply.

Dr Rick Greville, director of supply chain at the Association of the British Pharmaceutical Industry, said the DH’s decision will be “very much welcomed by our members”.

“It means that these stockpiles of medicines, which companies have built over previous months, are better protected and available for use only by the NHS patients for which they were intended.”

The DH added that it is aware of ongoing issues affecting some HRT preparations, due to manufacturing issues.

The DH has been working closely with the affected suppliers to resolve the supply issues and [is] working with other suppliers of the available products to see if they are in a position to help with current shortages, it said.

C+D is exploring the impact of medicine shortages on community pharmacy staff all week. Read the coverage so far and join the conversation by tweeting #MedicineShortagesWeek

What do you think of the DH's announcements?

GP: Why we need pharmacists to suggest alternatives during shortages

Shortages powers extended to all medicines and appliances from July