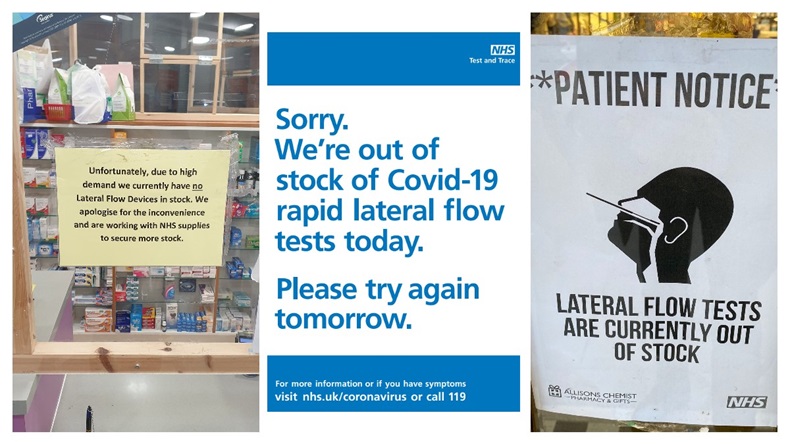 Government advice for people across the country to do a rapid COVID-19 test at home before visiting loved ones over the festive period led to a surge in demand for lateral flow tests at the end of last year. Cue hundreds of people flocking to pharmacies across the country to nab a kit to prevent their Christmas and New Year’s plans being thwarted by COVID-19.

But pharmacies across England have reported struggling to get hold of adequate stock to meet demand, having to turn “tearful” customers away and facing a myriad of abuse because of supply issues.

Here, four pharmacists share some of the experiences faced to date.

Avicenna chairman Salim Jetha says he and his team at Lewis Grove Pharmacy in Lewisham, south-east London fielded lateral flow test enquiries every day over the Christmas period. As well as repeated walk-ins, the pharmacy continues to receive multiple calls a day asking for stock.

“This is slowing down our essential services, as we are unable to distinguish the nature of the calls: it could be a GP; an enquiry on prescriptions; or medication-related calls. It is also blocking the outgoing calls, so chasing up stock, or querying prescriptions with GPs,” he explains.

“We have had tearful customers who, after a long wait for hospital appointments, were told to go to pharmacies to do a lateral flow test before they attended their appointment. Some of these elderly patients don’t know how to use the lateral flow tests and where the priority post boxes are, so of course the pharmacy team helps. 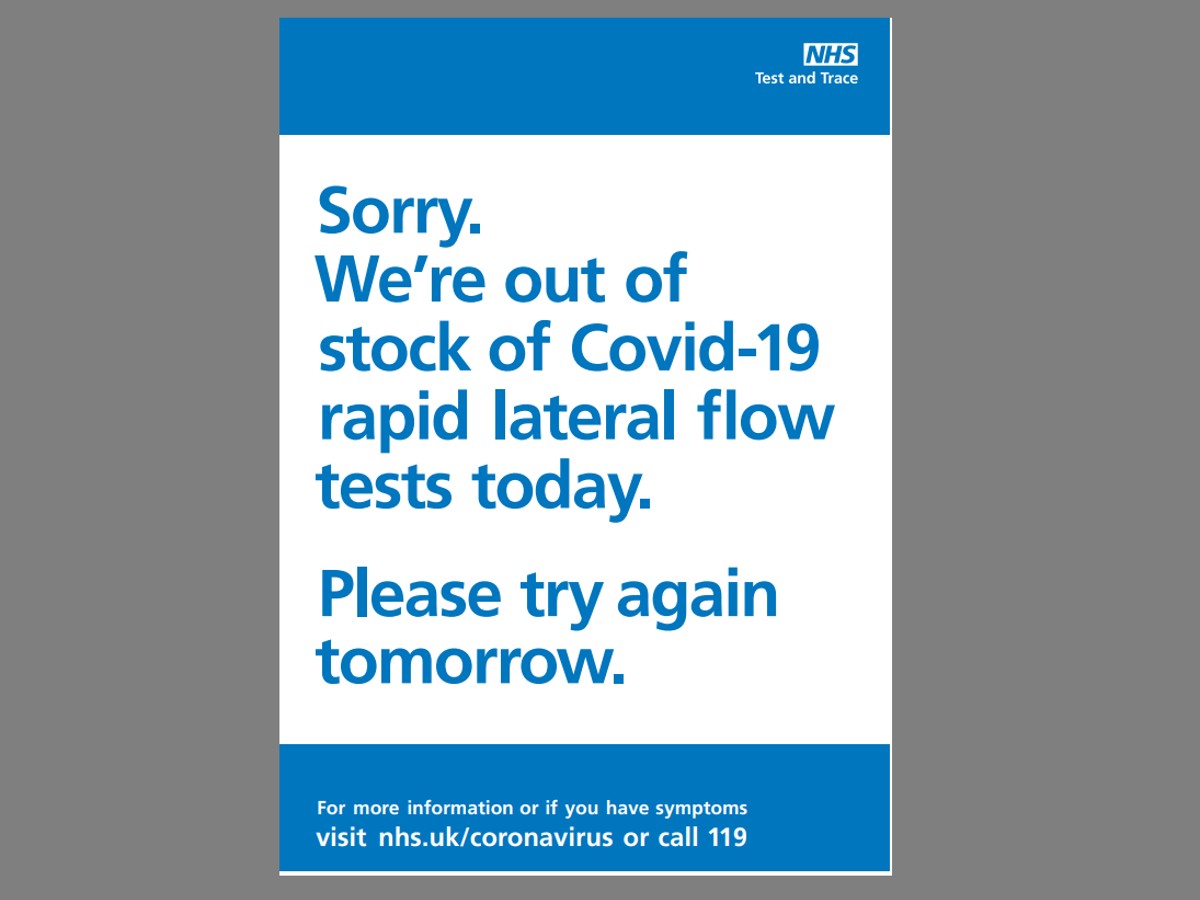 “We’ve had hospital staff trying to get hold of kits, because they can’t get them from work anymore and people telling us they need tests before attending their GP appointments,” she says. “We had someone who needed a test before they could see their partner in intensive care. They’d not been able to go for a few days as we didn’t have any test kits.”

Ms Smith says it has been a “nightmare” getting hold of kits and having to explain the situation to patients.

“Everyone is desperate for test kits and we just aren’t getting enough of them. We put an order in on Tuesday and got a box delivered at about 5pm. That was all gone by about 10am the following morning.”

Mr Jetha says when his team do get “occasional lateral flow test kits”, the limit of one carton of tests per day – which contain about 55 packs of seven tests, depending on the brand – means that supplies quickly go.

And when word gets out that the pharmacy has stock, “unnecessary queues tend to build up, which is deterring those wishing to access pharmacy services”, he adds.

But “a plan to switch on a Parcel Force delivery contingency is currently being finalised by UKHSA”, it announced yesterday.

“This will help support the supply of a further 3.5 million test kits,” PSNC said. 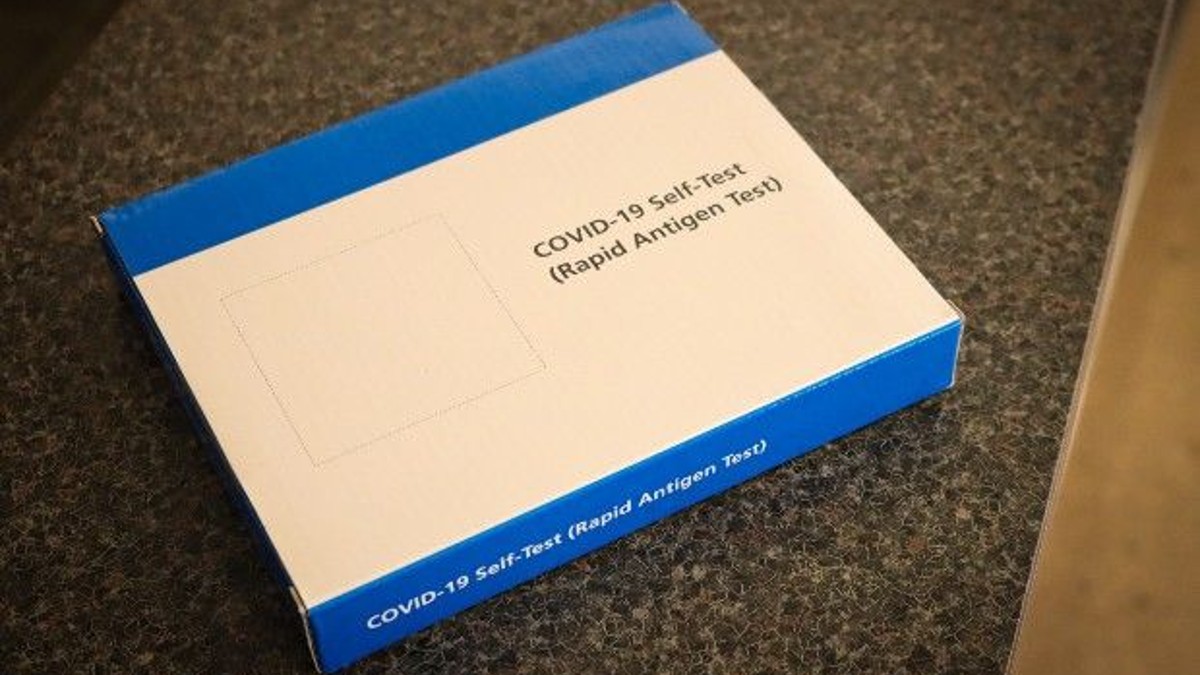 The process of patients having to get a 16-digit code from the government website and then present this at the pharmacy when collecting their kit is causing additional frustration and confusion across the pharmacy network. Pharmacy teams are required to manually log the 16-digit codes on the Manage Your Service (MYS) portal by the end of the working week.

Patients have even taken to Twitter to express the “madness” of the process.

“It takes hours of staff time and it’s not worth the service fee we get,” Mr Jetha says.

Ms Smith adds: “It doesn’t help that the government website gives the impression that customers have reserved a kit with us and people are not happy when we tell them that’s not the case.”

“Keeping up team morale has never been so challenging”

Neelm Saini, pharmacist manager at Cookham Pharmacy in Berkshire, tells C+D: “It’s been demoralising for staff not to be able to offer a consistent service.

“Umpteen times a day we find ourselves having to explain the service to people coming in with codes that these aren’t ‘reservation codes’, or that we don’t have test kits, even with notices up. This impacts on patient care and the frustration of negative interactions starts to creep in,” she says.

Not only are customers and patients airing their frustrations, but “keeping up morale and a positive vibe within the team has never been so challenging”, Ms Saini adds. “But we’re hanging in there.”

Usmaan Hafiz, pharmacist at Kepple Lane Dispensary and Garstang Medical Practice in Preston, says he expected his out-of-hours pharmacy service – which was available on Christmas day – to be busy with prescriptions and over-the-counter (OTC) item sales. But the team was instead “ambushed with lateral flow test requests, either in person or via phone call”.

“As soon as the phone was put down it rang again and 80% of these calls were for lateral flow kits,” he explains.

“As unfortunately is the case with pharmacy, we always have a few patients that are upset, angry and confrontational. I had to help a pharmacy counter assistant with a customer who was shouting and being aggressive about how our service was inadequate due to no lateral flow tests. When I explained the situation was a national issue and that the pharmacy had opened voluntarily for the local community, even on Christmas Day, I was met with a firm response of: ‘So?’”

Mr Hafiz says the situation hasn’t dampened the team’s spirits, however, and the pharmacy had “a number of opportunities to help patients with Community Pharmacist Consultation Service queries, emergency supplies and some much-needed OTC preparations for families away from home”.

Speaking to the Daily Mail on Tuesday (December 4), Association of Independent Multiple pharmacies chief executive Leyla Hannbeck said: “Pharmacies are having to put up with a lot of abuse and aggressive behaviours by members of the public because of this situation, which is unfair.”

Similarly, PSNC director of NHS services Alastair Buxton told C+D yesterday that it is “concerning that some pharmacy teams say they are still being verbally abused” when patients cannot pick up lateral flow tests from them.

“Pharmacies are getting as much stock as they can, and while we too are frustrated by this ongoing situation, we would ask people not to take their annoyance out on pharmacy teams: they are doing their best to meet demand in impossible circumstances, alongside providing other important healthcare services,” Mr Buxton continued.

Have you been on the receiving end of abuse or aggressive behaviour from customers and/or patients? Share your experience on the C+D Community or if you'd prefer to remain anonymous, contact [email protected]