The average locum rate has seen a steep rise in the past year, making it the highest since C+D launched its annual Salary Survey in 2008, data from the 2021 survey has revealed. 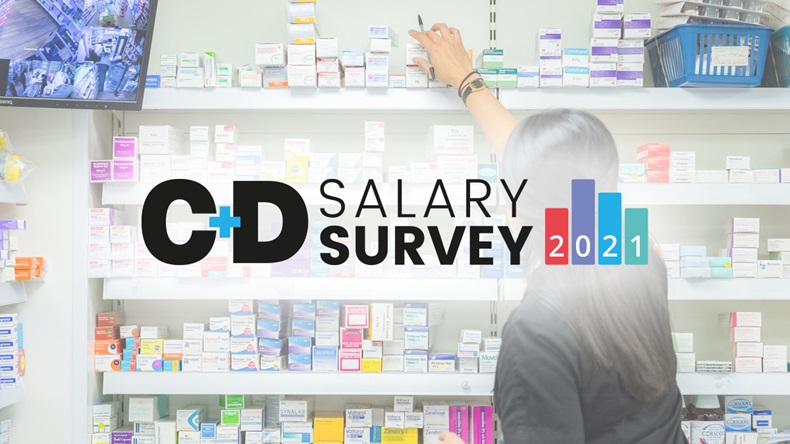 Locums based in Great Britain (GB) earned on average £28.10 per hour throughout 2021, according to data gathered in C+D’s Salary Survey between November 26 and December 31 last year.

The average locum rate rose by almost £6 (£5.76) when compared to the 2020 UK average, according to a total of 177 responses from locum pharmacists.

Locum rates were at their lowest in 2016, with the average locum only receiving £20.50 per hour, according to Salary Survey data, with 2021 seeing the steepest year-on-year increase yet.

C+D did not have enough data from Northern Ireland this year for it to be statistically relevant, so the 2021 locum average calculations are for Great Britain only.

Over half of respondents receiving higher pay since last year

Over half (56%) of locum respondents reported that their salary had increased in the 12 months leading up to the survey.

Meanwhile, just 4% said it had decreased, with the remaining 40% saying their pay had remained the same over the 12-month period.

Of those whose salary had increased, 82% said they had successfully negotiated a higher rate of pay, while the remaining 18% said that their employer had voluntarily increased their salary.

However, a few respondents noted that they were concerned rates might once again dip.

“At the moment rates are at a good, fair level”, one wrote. “I am just worried they might go back to levels of few months ago”, at about £21 per hour.

Which region reported the sharpest increase in pay?

Locums in all regions across Great Britain saw an increase in their average hourly rates. Pharmacists based in Scotland reported the biggest increase, from £24.17 in 2020 to £33.18 in 2021. They were very closely followed by their colleagues in the Midlands, whose average hourly wage rose from £21.52 to £30.45.

As with last year, locum pharmacists in London recorded the lowest average rate of pay, earning £22.18 an hour. This is still up £1.58 from last year, when London locums earned £20.60 on average.

Locums in the south-west of England earned £28.29 per hour on average, with a staggering 94% reporting that their salary had increased. The remaining 6% said their salary had stayed the same.

A big leap in pay satisfaction

Almost two-thirds (60%) of respondents reported being either “very satisfied”, “more than satisfied”, or “fairly satisfied” with their rate of pay.

This is a marked increase from last year, where only 6% of respondents said they were happy with their pay.

Unsurprisingly, locums in London were the least content with their pay, with 82% reporting dissatisfaction. In comparison, just 12% of locums in the south-west of England said they were dissatisfied.

Who is to blame?

Of those who were dissatisfied with their rates of pay, almost half (48%) blamed their employers.

Though the “rate has only increased recently” it has “been stagnant for years”, one responder wrote. This is “due to uncapped pharmacist numbers and multiples and other chains not increasing wages in line with inflation”, they said.

A few respondents also said the “over-supply of pharmacists” in the job market was the reason behind their low pay.

“Big multiples reduced their rates and others followed,” another respondent wrote.

How hard was it to find shifts?

A quarter of locum respondents said it had been a lot easier to find work in 2021.

Meanwhile, a large chunk of respondents (38%) said their experience looking for shifts was about the same as last year.