The GPhC has offered a full refund to registration exam candidates who faced delays in sitting their assessment yesterday, with the regulator's chair extending "a really big sorry" to those affected. 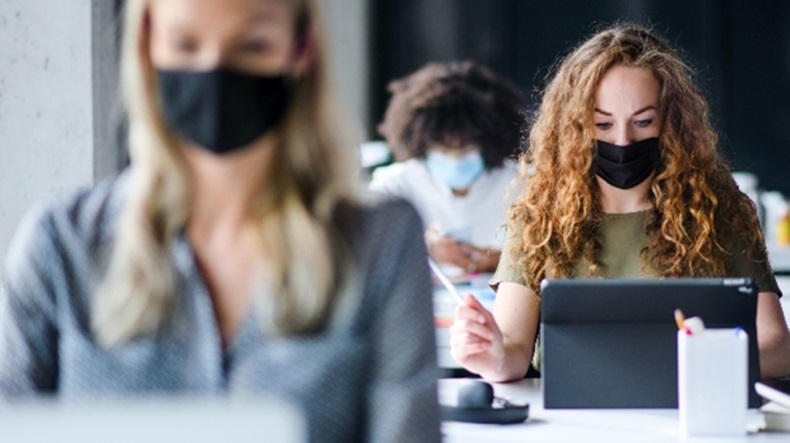 GPhC: We “fully appreciate the significant stress and disruption”

An unspecified number of registration exam candidates faced delays in sitting yesterday's (June 29) assessment – with some only able to begin their paper in the late afternoon, the General Pharmaceutical Council (GPhC) confirmed last night.

The GPhC is contacting those who were affected to “apologise for the disruption”, it said.

It will be offering those affected a full refund of the cost of the exam, it announced this afternoon.

While the “majority” of the 2,700 candidates who sat the exam faced no issues, candidates at five test centres in England were faced with IT or technical problems, meaning they were forced to start working on Paper 1 or Paper 2 later than expected, the regulator explained in a statement.

Candidates in a test centre in Nottingham, one of 113 BLT Group centres the exam was held at across the UK, were particularly badly affected, being unable to start working on Paper 1 until late in the afternoon, the regulator said.

C+D has asked the GPhC to clarify how many candidates were impacted by these issues.

GPhC CEO Duncan Rudkin acknowledged that the issues experienced by the affected candidates are “completely unacceptable”.

“We fully appreciate the significant stress and disruption this must have caused for them in such a high-stakes assessment,” he added in a statement last night.

Candidates who sat the exam in the Nottingham test centre will be able to appeal if they fail the exam based on the “severe delays” they experienced, and if they fail, this will not count as one of their three attempts to pass, Mr Rudkin said.

“We are considering what else we can do to support the affected candidates,” he added.

I reiterate our sincere apologies for this unfortunate situation.

Exam provider to carry out investigation

Sonya Whitworth, managing director of BTL, also apologised for the delays, pointing out that the company had been working with the test centres to resolve the issues throughout the day.

“We will be carrying out a full investigation with our test centre providers and will ensure that mitigations are put in place to prevent this happening again,” she added.

In January, the GPhC selected the BTL Group – a global provider of assessment technology services – to run its registration assessment for the next three years.

Yesterday’s sitting was the first overseen by the new provider.

Sitting the exam until 11pm

Pharmacists, training providers, and students took to Twitter to voice their concerns about the delays.

One user suggested they had heard some trainees were expected to finish their exam as late as 8pm last night.

I’ve heard the trainees still haven’t started and have been told they may need to sit both papers consecutively this afternoon which will be nearly 8pm finish. This is unacceptable. Do you have any updates?

Meanwhile, a trainee claimed they left the test centre in Nottingham at 11pm last night, while another claimed they only finished at 10.30pm.

Left the Notts #gphcexam at 11pm, was in the building for 14 hrs, sat for 8 hrs in starvation waiting to sit the exam-was made to press end test 30 mins before my exam timer was up because they ‘had to close the building’, didn’t get to read the last 22 questions @TheGPhC #gphc

Not finishing the GPhC exam until 10:30pm isn't exactly the way I imagined it happening.. at least its done now 😂

C+D has asked the GPhC to confirm whether some candidates did indeed finish the exam this late.

Meanwhile Emma Boxer, senior lecturer at the University of Sunderland, tweeted that it is not the first time that candidates have found themselves in these situations.

@TheGPhC exam today, for some seems to have been an utter shambles, not for the first time. Some students only just starting the exam now. The mental and emotional toll these prolonged delays will cause will be profound. We MUST to better for our students. Unacceptable.

Some experienced issues with the company’s booking system ahead of the March 2021 sittings, while four candidates were not able to complete the exam in July due to a “system failure”.

Suggestions for the GPhC

Some twitter users and the Association of Independent Multiple pharmacies (AIMp) asked the GPhC whether the candidates who experienced issues yesterday could be added on a temporary register.

AIMp also suggested that the GPhC could pass those trainees, and asked the regulator “to give us their commitment that this awful and stressful scenario for students does not happen again.”

This goes from farce to tragedy for these trainees taking @TheGPhC in Nottingham.

This attempt not counting is welcome. The next sitting is a November 3rd. Can the provisional register arrangements be used for those sitting here? Reduce questions in proportion to time? Costs? https://t.co/fkszL5y1Hb

C+D has asked the GPhC if it will take some of these suggestions on board.

Meanwhile, the Royal Pharmaceutical Society (RPS) urged the GPhC “to publish a clear mitigation plan and risk register for the November 2022 sitting”.

For instance, exam centres should hold physical copies of the examination papers to hand out in the event of technical failures, the RPS suggested.