Adefunmilola Oshi-Ojuri, the specialist lead pharmacist at HM Prison Wandsworth, reveals how she worked her way up within prison pharmacy and the biggest misconceptions of working in the health and justice sector in the latest episode of the A Coffee With… podcast series 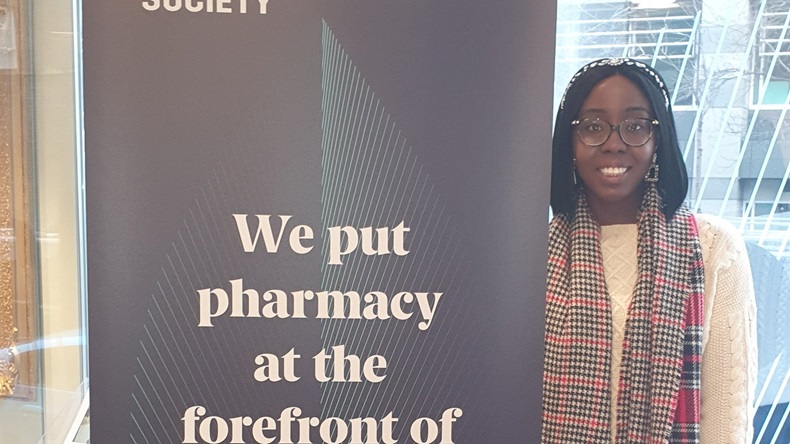 Shortly after Ms Oshi-Ojuri graduated from the University of Manchester, she hit a crossroad. She’d undertaken her pre-reg working in community pharmacy at Day Lewis before beginning to work as a locum.

“I wasn’t quite sure what I wanted to do next,” she tells C+D’s reporter Emily Stearn in a podcast (listen below).

Stuck between continuing with community or testing the waters in hospital pharmacy, an opportunity then arose as a clinical prison pharmacist in the Belmarsh, Thameside and Isis prisons in Greenwich. She accepted the job.

Read more: Podcast – Why I became a lawyer while still practising as a pharmacist

She’d never heard of prison pharmacy roles before. “I just thought: ‘Give it a shot’,” she says. Ten years later, she is now the specialist lead pharmacist at Wandsworth prison in south-west London, managing a team of pharmacists and overseeing the prison’s clinical and operational pharmaceutical services.

So why health and justice pharmacy? “It was the opportunity to help the most vulnerable and just see how pharmacy can work in such an environment,” she tells C+D. Combining skills from community pharmacy and clinical aspects from hospital, the role provides “the best of both worlds”, she adds.

“I also had a really good mentor at that time, who was really passionate about prison pharmacy, and I just got the bug from her.”

But there are common misconceptions about working in prison pharmacy. People often believe that roles within health and justice pharmacy leave “no opportunity for growth”, she tells C+D.

They think “prison pharmacy is limited to dispensing medicines. It’s much broader than that,” she says. “I've done all of my qualifications in prison pharmacy. I’ve done my clinical diploma; I’ve done my independent prescribing and I’m now on the advanced clinical practitioner course.”

As health and justice pharmacy and the services it offers continue to evolve, pharmacists, pharmacy technicians, and assistants are exposed to rapidly developing new ways of working and training, she adds.

Ms Oshi-Ojuri’s goal, however, is for prison pharmacy to become a recognised career option within pharmacy and to encourage others to join the health and justice pharmacy sector.

She has done so by discussing career opportunities within pharmacy at events hosted by the Royal Pharmaceutical Society (RPS) in 2020 and, earlier this year, at another event organised by the Black Pharmacists Initiative.

It was one comment from students after she spoke at the RPS event that particularly stuck with her.

They said that “they don’t see a lot of black women being represented when such talks are being held”, she says. “That took me by surprise. But when you reflect on it, I thought, actually, that was the same for me at university and if it hasn’t changed in the last 10 years, that’s a bit worrying.”

She adds: “Hearing that feedback made me want to do more talks [to argue how] it is actually completely possible: you can get to the top and can achieve the goals that you want to achieve within your career.”