Lelly Oboh, a consultant pharmacist for the care of older people at Guy’s and St Thomas’ Hospital, London and the NHS Specialist Pharmacy Service, reveals how she worked her way up in pharmacy after moving to the UK from Nigeria, in the latest episode of A Coffee With... 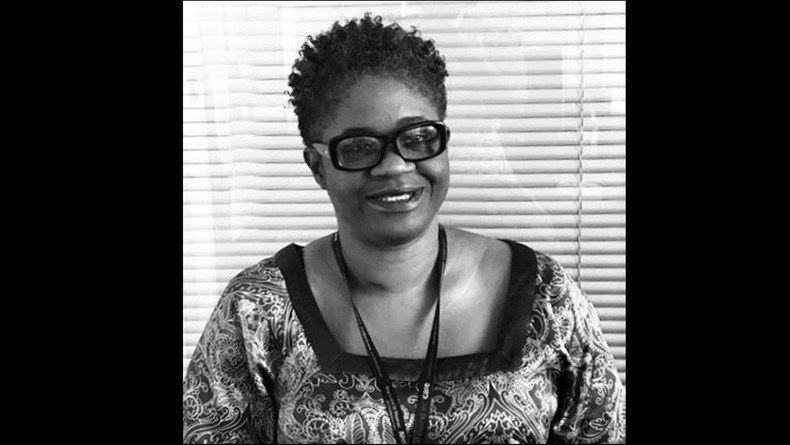 In a pharmacy career spanning over 30 years, Ms Oboh has acquired experience in community and primary care pharmacy and as a prescribing advisor.

A fellow of the Royal Pharmaceutical Society (RPS), she’s worked strategically at local, regional, and national levels in NHS organisations and with local authorities to develop and implement policy.

Ms Oboh arrived in the UK in the late 80s from Nigeria as an overseas qualified pharmacist.

While initially working as a pharmacy technician in community pharmacy – which she did to gain an understanding of pharmacy services in England – she then embarked upon a degree conversion course to be able to practice in Great Britain.

“I was determined to work as a pharmacist,” she tells C+D’s reporter Emily Stearn in a podcast (listen below).

Having successfully overcome the hurdles to get registered in the UK, and fast-forwarding to just a couple of decades later, she is now in charge of optimising medicines use for older people with long-term conditions as a consultant pharmacist at Guy’s and St Thomas’ Hospital, London and at the NHS Specialist Pharmacy Service.

Read more: Podcast – My experience working in the hidden world of prison pharmacy

But why specialise in the care of older people? “It is exciting”, she says. “Older people, especially the frail older people, are the fastest growing population, as it is. Also, they are high users of medicines.”

Their medicine management needs are “so broad” that pharmacists “don’t have to specialise in a particular therapeutic area”, she adds.

“It’s a good place to start, to specialise in. But even if you’re not going to specialise in older people, whatever principles you use in the care of older people, you can use it for people with mental health problems. You can use it for people with many long-term conditions. You can even apply some of those principles to looking after young people,” she suggests.

As an indication of her prominence within the sector and of her expertise, Ms Oboh was appointed as the RPS representative for the government’s review into overprescribing in the NHS, which was published last year.

“Just being invited to the overprescribing report committee was really exciting,” she tells C+D. “It is something I’m really passionate about. It’s something that I enjoy working on and also more than anything, is something I really do believe in,” she adds.

“For me that was almost like a double bonus, to be able to do something I enjoy.”

Read more: Podcast – Why I became a lawyer while still practising as a pharmacist

The review – which concluded that the skills of healthcare professionals, including pharmacists and pharmacy technicians, need to be upgraded to tackle overprescribing – allowed Ms Oboh to work with patients and professionals from across the health sector.

“That’s me at my best, working with a whole breadth of people trying to influence something’s that’s almost impossible to change, and seeing that different perspective,” she says.

She acknowledges that it might take a number of years before some of the review’s ambitions are embedded within practice. “But we’re beginning to see pockets of change,” she says.

“I believe in that report. It will take time, but I think it’s going to leave a lasting legacy,” she adds.

Listen to the part 1 of the podcast episode to find out more about:

Tune in for part two of the podcast later this week, which discusses the biggest challenges Ms Oboh has faced in her career, her future goals and how to find the right mentor for you.