While watching the fallout from the latest GPhC exam “issues”, Gareth Nickless has some thoughts on how and why the registration assessment should change 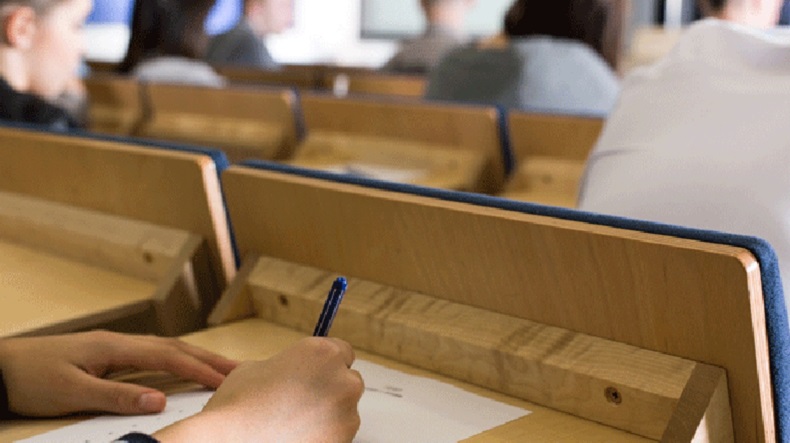 During the summer sitting of the General Pharmaceutical Council’s (GPhC) registration examination on Wednesday, June 29, reports started to emerge on Twitter about delays to starting the examination at the Nottingham site, apparently because the computers did not arrive until 11am. The examination reportedly finally started after the second paper should have finished, with candidates having to sit the two papers back-to-back (which would take four-and-a-half-hours for those not requiring extra time) and ultimately spending around 13 hours at the examination venue.

One of the candidates that had extra time approved reported that they had to end the exam 30 minutes early to allow the test centre to close.

The subsequent apology issued by the GPhC highlighted that there were delays to starting at least one of the papers at five of the assessment venues.

Impact of the COVID-19 pandemic

The COVID-19 pandemic resulted in the June 2020 registration examination being postponed, with it eventually taking place on three dates in March 2021.

The GPhC was widely criticised over how they handled this postponement, with the regulatory watchdog receiving numerous complaints. The first contract for the registration examination was awarded to Pearson Vue and after that ended, the GPhC announced (in January 2022) that the contract had been awarded to BTL in a deal worth around £2 million. GPhC CEO Duncan Rudkin stated that the tendering process “has given us the necessary assurance that [BTL Group] can support us in continuing to deliver a fair and robust assessment that tests candidates’ ability to register as a pharmacist”.

The move from a paper-based format to a digital one has yielded other problems prior to the June 29. Four students were unable to sit the second paper in July 2021, due to a “system failure”. Since the GPhC requires candidates to pass both papers at the same sitting, this would mean that those affected would have to re-sit the calculations paper at the November sitting. Booking slots at assessment centres has also caused problems for candidates:

We are not alone

Unfortunately, the pharmacy profession is not the only one that has been affected by problems with high stakes national examinations. Candidates sitting the Membership of the Royal Colleges of Surgeons of Great Britain and Ireland (MRCS) exams in September 2020 also experienced technical difficulties.

In late June, there were other posts on Twitter about candidates due to sit a Membership of the Royal Colleges of Physicians (UK) practical examination being informed of its cancellation (after 5pm) the day before. Any candidates affected by this would not have travel or accommodation costs reimbursed, according to Royal College policy.

The impact of disruptions

The registration examination is a high stakes assessment, since the outcome impacts on an individual’s ability to register as a pharmacist. Therefore, there are both emotional and financial implications attached to failing the assessment. Having it delayed by seven or eight hours and spending more than 12 hours at an assessment centre will have caused immense stress for those affected.

The GPhC operates a strict fit-to-sit policy and although it has confirmed that any candidate who sat at the affected Nottingham test centre would not have this counted as one of their attempts, it is not yet clear whether those affected had to make the decision about whether they were fit to sit or not following the delays.

The students affected by technical difficulties at the July 2021 sitting were able to join the provisional register and on July 1, the GPhC announced that this will be offered to those affected by the delays experienced during the summer registration exam.

However, using this as a fallback to compensate for problems encountered during sittings is not a sustainable model moving forward.

Exam is “far from being a panacea”

The registration exam has existed for over 20 years and while it offers a standard assessment for all candidates, it is far from being a panacea for offering reassurance about a practitioner’s competence. Although the GPhC has argued that the examination tests application rather than just regurgitation of knowledge, I would still argue that it tests more of what has been learnt in the classroom than what has been learnt in practice.

The format has changed since I sat the exam in 2000. However, some dedicated revision allowed me to pass it first time, despite not having worked in community or hospital practice in the previous 11 months (since I undertook my second period of pre-registration training in industry as part of the sandwich course at the University of Bradford).

In its revised initial education and training standards, the GPhC makes clear reference to Miller’s Triangle when discussing achievement of learning outcomes, with trainees having to achieve the vast majority of them at the “shows how” or “does” level by the end of the foundation training year. However, single best answer and extended matching questions can only assess as high as the “knows how” level.

Hannah Kinsey, lecturer in pharmacy practice at the University of East Anglia made some excellent suggestions about how the registration assessment must change. And indeed, the outgoing GPhC chair, Nigel Clarke stated in an interview: “The pharmacy registration exam needs to be revisited.”

One of Dr Kinsey’s suggestions was to integrate the examination into the MPharm programme, a move that I would argue has the following benefits:

I consider the lack of any quality assurance of trainee pharmacists’ foundation training portfolios as a key contributor to the GPhC’s reliance on a single high stakes end of training examination, which consequently introduces a potential single point of failure.

The new educational standards and subsequent qualification as an independent prescriber upon registration represent the most significant changes to pre-registration training in over 20 years. Therefore, the approach to end-of-training assessment must also change and I think it’s time to properly explore how quality assurance of foundation training and the trainees’ portfolios can be facilitated.

If the examination is to be retained at the end of the training period, then the scheduling of sittings needs to be revisited or provisions made for additional sittings to avoid having to rely on the provisional register to compensate for disruptions that occur during sittings. Reverting to printed copies of the examination, or having them as a backup, is another topic that warrants debate.

I’ll finish with a quote from the former chief medical officer, Sir Liam Donaldson: “To err is human, to cover up is unforgivable, to fail to learn is inexcusable.”

The GPhC is not attempting to cover up what happened, but are they learning from these mistakes?