Insider: Supervision plans were put 'on ice' after pharmacist backlash

Martin Astbury: Supervision needs complete rethink before proposals are put to the public

Pharmacist objections on a Department of Health (DH) programme board helped put controversial pharmacy supervision proposals “on ice”, a board member has revealed.

Earlier this month, C+D exclusively published detailed proposals for pharmacy technicians to be handed legal responsibility for supervising the supply of prescription-only medicines (POMs), which had been submitted to the DH programme board.

Speaking exclusively to C+D following the revelations, pharmacist Martin Astbury – who was a member of the programme board during his two terms as Royal Pharmaceutical Society (RPS) president – said “all the community pharmacists [on the board] pointed out what folly this was”.

“People need to be clear-speaking and sane when absolutely ridiculous views are put forward," he added.

"Red lines" should not be crossed

“[In the beginning] the red line was the sale of pharmacy-only [P] medicines being supervised. It had never crossed my mind they would do it for POMs,” he told C+D.

Mr Astbury rejoined the programme board in September 2016 following his re-election as RPS president, and became aware "straight away" of the working group's plans to amend supervision legislation, he said. 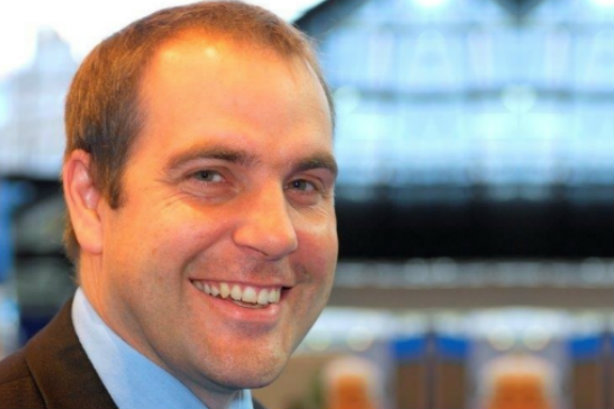 Mr Astbury – who juggles his role as vice president of the community pharmacy section of the International Pharmaceutical Federation (FIP) with locuming – said complaints from pharmacist board members made the board "realise they were going to have problems", and helped to delay the proposals from progressing further.

“In theory, supervision is on ice,” Mr Astbury claimed.

"If the community pharmacists had not spoken in the way that they did in those meetings, I'm convinced something would have gone live in autumn [2016]," he said.

The DH told C+D last week that the programme board “is continuing to consider the role of registered pharmacy technicians and will consult wider with a full range of pharmacy stakeholders, including patients and the public, before it settles on a firm set of proposals".

However, Mr Astbury stressed a “total restart [in] thinking” is needed before any proposals go to public consultation.

In the documents seen by C+D, the working group said the changes to supervision legislation are designed to “optimise” the “skill mix” in pharmacies and maximise the use “of the whole pharmacy workforce, especially pharmacy technicians”.

Mr Astbury claimed that this argument is “absolute hogwash”.

“Skill mix has nothing to do with the supervision law” and the people supporting this idea are “naïve” to what a change in legislation would mean to the everyday workings of a community pharmacy, he added.

“If it gets altered, the supervision law [will] just allow one thing to happen differently – to operate a pharmacy and do 90% of the transactions without a pharmacist present.”

Whilst the PDA are trying to secure bargaining rights for Pharmacists the DoH (+friends, you know who I mean) are pushing for remote/tech supervision. Does Mr Hunt really want another powerful union to contend with along side Nurses/ Doctors? Of course not. Does S.P want Pharmacists to have bargaining rights? Of course not. American business views this as tantamount to communism. (note American history, Pinkertons vs Unions). Point being that scurrying along with the supervision changes will protect the business from any industrial action in the event (heaven forbid) that Pharmacists are granted bargaining rights. After all the, pharmacy could continue running basic dispensing/ sales therefore nullifying any leverage that we have.

It's high time pharmacists everywhere unite against these people bent on destroying our profession for the sake of making more money/cost-saving with little or no regards to patient safety. They want to fly the aeroplane without the pilot or with just the stewards in-charge. It's quite laughable. Time for total resistance: join the RPS and the PDA. I am a member of both.

Intention is fantastic but it's too late now for community pharmacy. Selfish greed has been the cornerstone of this downfall.

I will second that James.

what about the clinical check!

No room for complacency ! It is obvious from the leaked news that the government and the big multiples have already done a deal  in secret ! It’s all about saving costs for the nhs and increasing the profits of the multiple shareholders! Now more than ever the saying “ United we stand , Divided we fall ! “ is so true !

By hogwash he means bulls**t.

These people have obviously got no grasp of reality. Very scary.
The ONLY people who can supervise medicines sales and prescription dispensing are Pharmacists. The only people with the requisite knowledge
Far from thinking about technicians and supervision, these individuals would do well to look at how much more responsibility could and should be given to pharmacists, to the benefit of the NHS and its patients. THIS is an urgent and important issue

Mr Astbury said "people supporting this idea are “naïve” to what a change in legislation would mean" - 'these people' whom he mentioned (on the rebalancing board) include the current president and CEO of the RPS, the chair of the GPhC, chief pharmacists, the president of the APTUK, superintendent of Lloydspharmacy etc etc ... and illustrious list, not! These people (I mean all the pharmacists, so called, on the rebalancing board) should now resign in disgrace!

BTW, Mr Astbury just press the self-destruct button for his chances of becoming the president of the RPS again, sadly.

What a bunch of self-serving Jeremy Hunt's!

I was told about these proposals back in 2015 in Jan or Feb of that year, this was by a very senior pharmacist, you can guess who it was ;-)

Put on ice but not put to bed....good choice of words!

Someone clear things up for me. Has the supervision proposal been delayed/put on ice, or is this article referring to something that happened earlier in 2016? The article is strangely written.

Thank the Lord if common sense has prevailed. Mr. Astbury is someone I have 100% faith in so thank you for your intervention and thank you to C&D for illuminating this area previously hidden from sight.