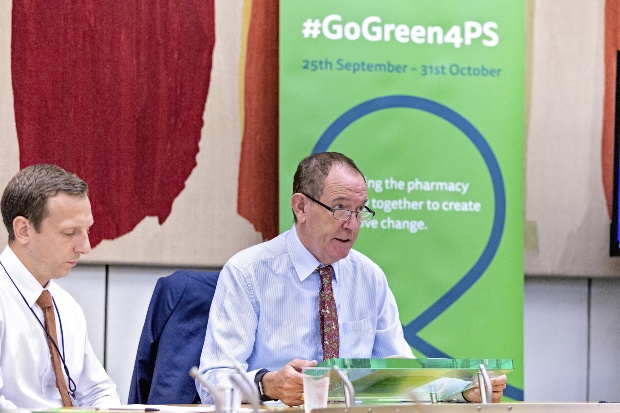 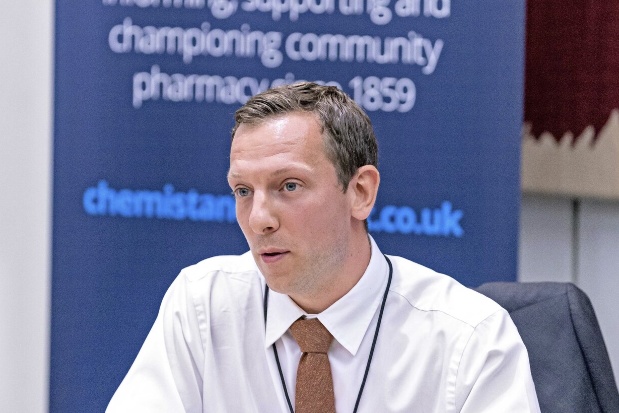 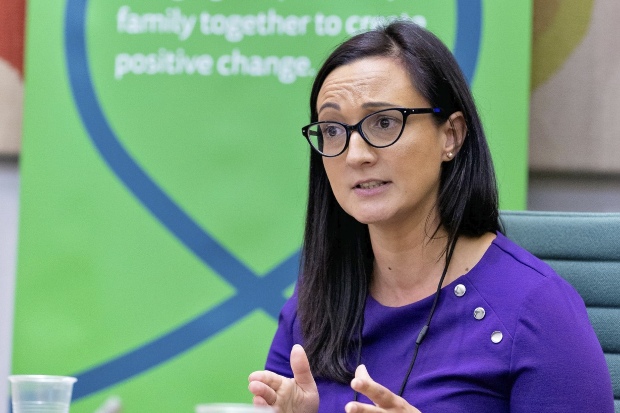 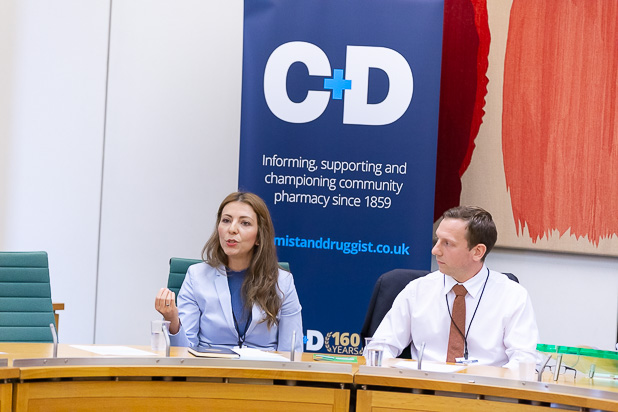 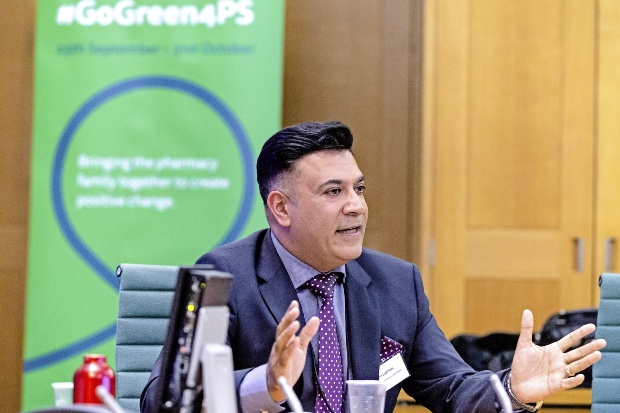 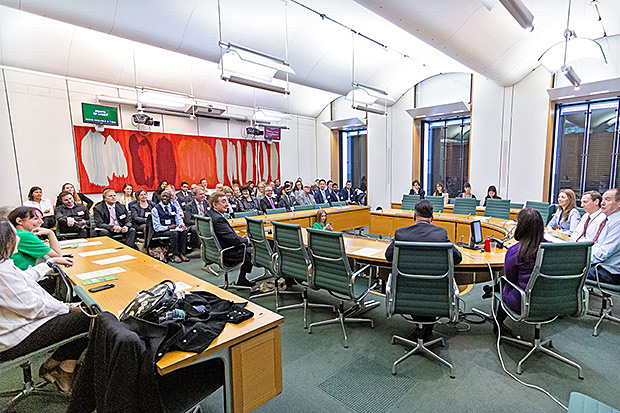 C+D's data used by RPS to persuade Ridge of rising pharmacist stress
30/01/2019 | 23 | News
6 Comments
Question:
What do you think is the greatest cause of stress for pharmacy staff?

Just rename the PSNC the PSC. They are deplorable negotiators.

The trouble is, we provided so much for free for so many years, like free collection and delivery of scripts and filling community dossette trays for no payment. Expensive and time-consuming.  Need van and driver and diesel and someone to do all the popping and filling where one script can talk half an hour instead of 5 minutes. so the government obviously thought, well we don't pay them for any of this, so we're obviously over paying them. Look at GPs, what do they do for free?  Nothing! Some won't even sign a passport form or if they will they want 25 quid!!

So basically they thought we need to remedy this and pay them less to put labels on boxes! They finally woke up to the MUR abuse and bullying and thought they had better make some cuts. Unfortunately, they are deep, harsh savage cuts.  But we only have ourselves to blame for not valuing ourselves and doing everything for free.  Phone Tesco and ask if they do free delivery! And I bet people who have paid the 3 or 4 £ make damn sure they're in as re-delivery is another fee again. That's called a business model. Pharmacy is a wet as water profession, always has been, doesn't value itself or what it offers, so how can you expect anyone from government down to patients to value you? Sorry, but it's true. Healthcare in this country needs a good shake up but no one has the cojones, even Maggie only tinkered round the edges. Firstly we need to stop being wet and treating half the world. If they arrive with suitcases off a plane, we ask for a credit card for a deposit. That's what any other  country would do.  This is why we're having Brexit, people are fed up of anyone arriving and having the same access to things they haven't contributed a penny for.  Why, I always ask, are all the illegal immigrants, because that is what they are, they are not migrants, bloody BBC!  at Calais or now Dunkirk trying to get to Britain. Having passed through maybe more than half a dozen safe countries. and what's wrong with France, ok, there's the French, but at least you get better weather and nice cheese and wine and baked goods. But reading a letter from a lady in the paper an ex-pat over there solved my query, she said the French government give them nothing barely. Enough to eat and sleep. Any way back to the NHS, huge shake-up needed, why has no-one else in the world copied it? Because it's ridiculous! We need to give tax breaks to rich people to encourage them to use private healthcare, encourage people to buy private healthcare with incentives, move the OAP exemption from 60 to 70. A lot of people work in their 60s. they can afford a pre-payment certificate.  It's £104 pounds! The NHS is not a bottomless pit of money and can't pay for everything. People need to understand this and there needs to be a huge campaign to get them to self-care and ask in the pharmacy.  It's what we were trained for. And no minor ailments schemes with loads of stuff to fill out for a 50p packet of paracetamol. AND, before the Guardian readers start on about all the poverty, etc they've all got mobile phones, nails done, men in designer gear, funky haircuts. Just get plenty of cheap generic treatments in for less than a fiver. There is much more to say but it's late. Someone needs to devise a new pay as you go NHS and set it up to start for babies born after say Jan 1st 2025. At the age of 18 the NHS they access will be a chargeable one . That gives us over 20 years to sort the bureaucracy out. Hospital treatment remains free but A and E is charged at £5 a visit. And GP visit is £2.50.  Anyone with a long term condition pays by DD about £20 a month and only under 18s and over 75s receive free scripts.  That's a start. i'm sure everyone will moan and groan but eventually the NHS will collapse. If we leave the EU and can actually have control of our borders, not like now when any of 500 million people can just legally rock up her and stay because of free movement. Who thought that up?!? How on earth can you do 5 or 10 yr housing or school place planning when you have no idea what the population will be!!  Anyway just a few thoughts. I'm sure some will agree and others will wring their hands about the 'poor' . Come with me to Africa, and see absolute poverty not the relative poverty in the UK.And don't even get me started on food banks and the economic cost of using them to free up money for other things!!  Sorry for the rant. Please continue it with your own thoughts. Will the NHS survive til 2050 in it's current state?  How do we change it in a fair way? What can we ask the PSNC to do for us to make our jobs less chaotic and every day full of stress?

I do wish that this topic did not just focus on PHARMACISTS pressure! If you have a pharmacy that is being bombarded with targets such as MUR's, Flu jabs, etc etc etc, AND are also understaffed, how many staff are left to deal with the constant stream of patients, (to dispense/resolve queries) whilst the pharmacist is in the consultation room, delivering those services? The answer, (in my case, is NONE)

I sympathise with anyone who works for a multiple. I work for an indy and the stress I suffer has become intolerable recently so I dread to think what it's like at a Boots or Lloyds. The lack of support from management is the cause.

Target-driven performance is a sad thing to see when there is a staff member so absorbed by it, and their self-worth is dictated by how many thing you delivered that day/month/year.

I made someone's day better by spending a few minutes discussing their worries about medicine shortages today, they were legitimately worried they were going to run of medicines and suffer harm because of it. Spending a few minutes explaining what we do behind the scenes to make sure that doesn't happen did wonders for their anxieties. I honestly felt good about what I'd done for another human being.

It wasn't a target deliverable though.

Have you sat back to think the contractors simply can’t afford to provide support? They probably need support themselves!